A Guide to Abisko in Sweden - Northern Lights Capital of Europe!

For centuries, people have marvelled at an astounding vision in the Arctic skies; a wonder which has been attributed in folklore as a reflection of a shoal of fish, the sweep of a fox’s tail and the spirits of dancing children. This wonder, of course, is the Aurora Borealis, otherwise known as the Northern Lights.

The chances are that you’re one of the thousands of people that would love to similarly witness this sensation in their lifetime, yes? If so, we’ll let you into a little secret: the best place to see the aurora is Abisko.

You’ve never heard of it? That’s not entirely surprising, as while it’s arguably the finest place to see the lights, it’s also probably the least well-known, but that’s just part of the reason it’s so very special.

Abisko is a tiny village in the very northern reaches of Swedish Lapland, some 150 miles within the Arctic Circle. Not far from Norway, it is located close to the Abisko National Park, which is famed for its wild terrain, craggy mountains, wildlife and sheer Nordic beauty. Visitors come to Abisko for two main reasons: in the summer, to hike under the midnight sun and in winter, to see the Aurora Borealis – or ‘norrsken’ in Swedish.

Inspired and want to see the Northern Lights in Abisko? 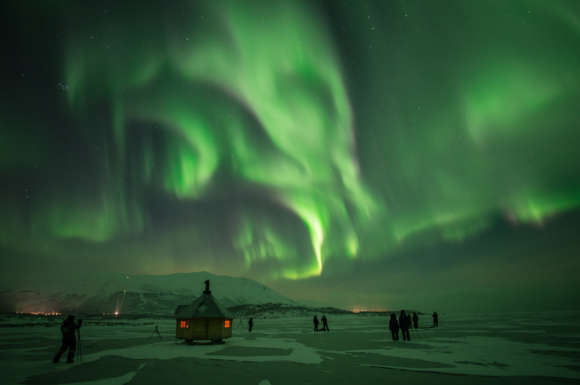 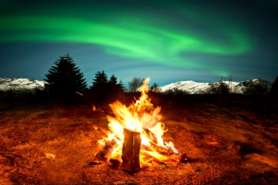 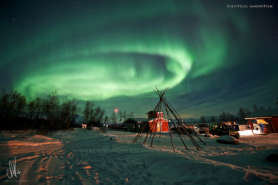 Why is Abisko the key destination for sightings?

Being one of the locations situated within the mystical-sounding Auroral Oval – a ring around the geomagnetic North Pole where auroral activity is most likely to occur – it’s probably no surprise to learn that Abisko’s skies are frequently painted with the dazzling, colourful illuminations. However, it is said that of all the aurora hotspots in the world, Abisko boasts the highest probability of sightings. This is due to several, differing factors.

Firstly, its remote location means there is very little light pollution, thus the night skies are not obstructed in any way. Secondly, Abisko rarely experiences any inclement weather due to its geography; it sits within a ‘bowl of mountains’ which seemingly protects it from cloud or rain – what’s known locally as ‘the blue hole over Abisko’.

This micro-climate also produces some prevailing winds which, together with the mountains, serve to disperse cloud cover. Hence the region enjoys greater numbers of clear nights per season, something that other locations cannot so confidently boast.

All of which means that the chances of seeing the aurora are far greater in Abisko than in any other Auroral Oval spot. In fact, if the lights are in the sky, then there is an exceptionally high chance of seeing them from any location in Abisko; you’re as likely to spot them from behind a hotel as you will on top of a mountain. That’s why so many people choose to see the aurora here; because for sightings of the Northern Lights, Abisko virtually guarantees.

How to see the lights

There are lots of tours that will lead aurora-chasers into the polar night in search of the Northern Lights. Those hoping to capture the aurora on film might like to join a photography-based Northern Lights trip, run by an expert. Some might prefer a guided Northern Lights trip to a proven vantage point, from which they can sip hot drinks while waiting for the first twinklings.

Others take visitors to the Aurora Sky Station, a research centre which is set at the summit of the Noulja Mountain. Here, visitors can learn more about the phenomenon while hopefully getting a glimpse for themselves. That’s not all – after taking the scenic, 20-minute chairlift ascent to the station, it’s possible to view the Northern Lights while enjoying a gourmet meal in the restaurant.

However, as mentioned above, it is possible to see the lights in any dark area which is far from artificial light, so take your pick. 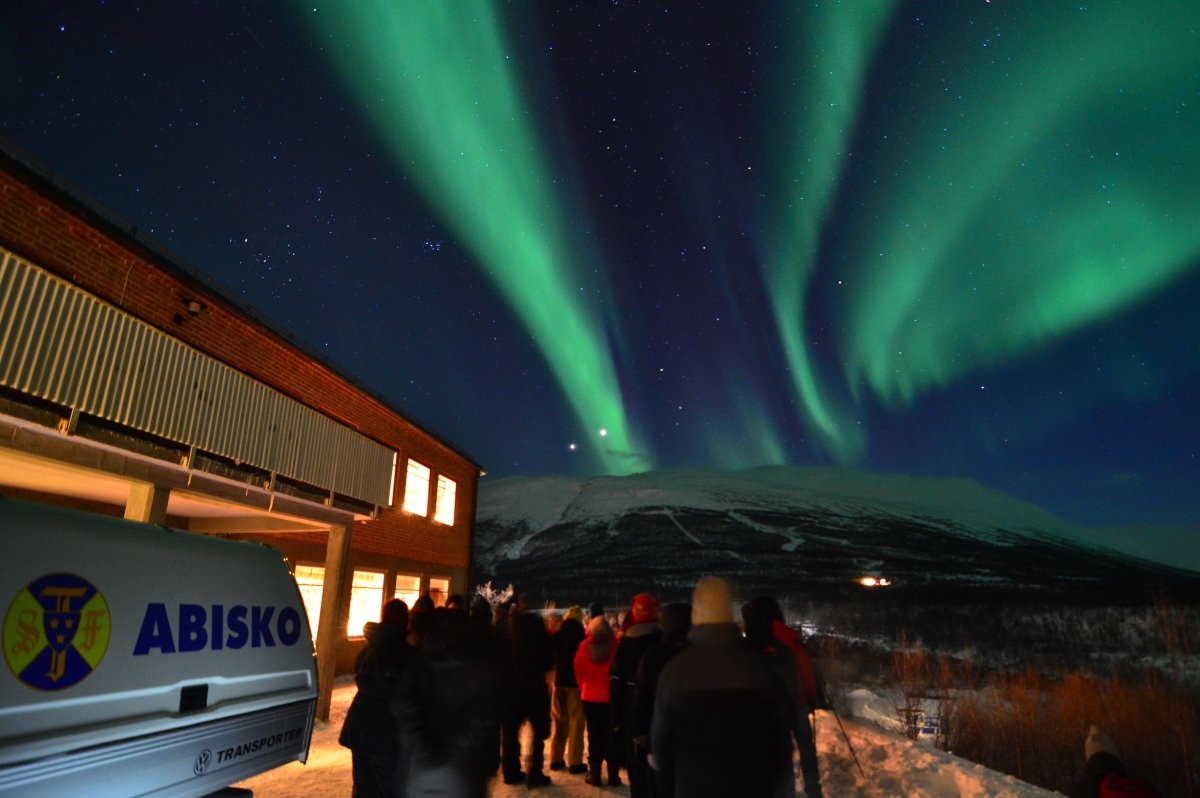 Where to stay in Abisko

Aside from a B&B in Abisko village and a backpacker hostel (Fjallturer), there are two main options in the National Park. The first is the Svenska Turistforeningen-operated (STF) Mountain Station, which offers a choice of cottages, a bed in a hostel or hotel room. Anyone considering this option is advised to become an STF member in advance, in order to receive deals and discounts.

The station also includes a pub and a restaurant that serves local produce.

The second option is the Abisko Mountain Lodge, which is a hotel with several small, rustic cabins. There is also a superb restaurant, not to mention a relaxation suite with an outdoor wood-fired hot tub. How to get there

Local transport options include hiking and dog-sledding – no, seriously. However, for those less inclined, there are overnight train services from Malmo, Stockholm and Gothenburg, plus connections from the more local Lulea, Gallivare and Kiruna. There is also a link from Narvik in Norway. Alternatively, the E10 highway enables visitors to drive to Abisko, though we do not recommend self-driving in the winter. Kiruna is the nearest airport, but flights from the UK typically stop first in Stockholm.

Those skies usually start to dance with the Aurora Borealis in September and continue to wow onlookers right into spring. We’d recommend February and March as the optimum times for Northern Lights holidays, as not only are the chances of a sighting high (figures recorded during previous seasons showed that there was a 91% chance of seeing the lights in March), but as the mornings and evenings are starting to stay lighter at this time of year, it’s great for daytime activities, too. 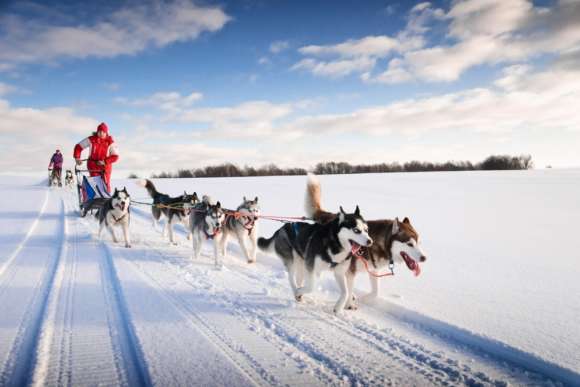 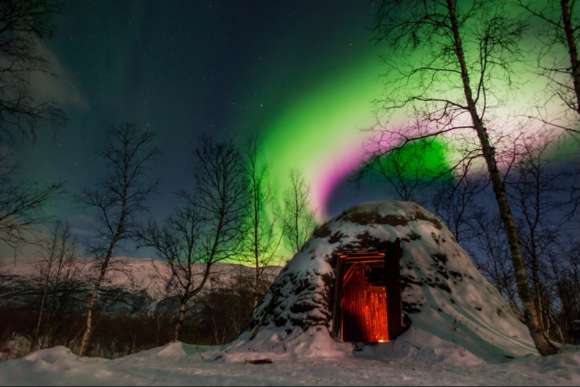