As we have established elsewhere, the Aurora season runs from late August through to early April. It is worth understanding in more detail the differences between the seasons and locations so that you can make a decision as to the the best time to do a Northern Lights holiday to meet your own travel objectives.

So having picked the best time to see the Northern Lights

When to see the Northern Lights – Seasonal Break Down

The early autumn period is excellent throughout the aurora belt. Temperatures are still good and the weather stable. The month of September (and up to early October) is great throughout. Iceland is just beginning to transition whilst the Lofoten islands in Norway and Swedish Lapland are bathed in Fall colours. You are able to travel easily around, witness all the magnificent scenery and get to see the Northern Lights regularly due to stable weather translating into clearer night skies. This is the time for fly drive holidays and also getting out onto the water, whether that’s in the Fjords in Norway or along the Icelandic coast where you also have the chances of seeing whales.

From Mid-October to Early November the nights begin to draw in and the seasons change again. At this time Iceland is in full autumn and is great for Northern Lights though can also be affected by storms, coastal Norway can become a little variable in terms of weather and we have some of the best Northern Lights sightings in Swedish Lapland.  It is not uncommon to have the first snow flurries in Lapland at this time but it is still a good time to be out doing self-drive tours or taking advantage of some of the guided tours that get you off the beaten track.

This is still an excellent time to go to Iceland but Lapland is between autumn and winter and we do not advise travel at this time. The weather in Lapland can be hugely volatile, the landscapes are bare prior to the first meaningful snowfalls and there is a shortage of good activities available.

This is when the winter season in Lapland kicks off in earnest and when all the traditional Northern Lights holiday activities like husky sleds, snowmobiles and snow shoe walks become a reality. The landscapes are transformed into a white paradise with trees laden with snow, frozen rivers and waterfalls and majestic mountain scenery, volcanoes and fells take on a magical and ethereal quality.

Coastal Norway is much warmer than inland Swedish Lapland due to the warming effects of the Gulf Stream and while this leads to more moderate temperatures it can in turn lead to more volatile weather and therefore cloud cover, which can affect seeing the Northern Lights.

From this time onwards it is worth being in locations where weather patterns are more stable. There are parts of Sweden, Abisko and the frozen seas of the Lulea Archipelago and near some on the glaciers in Iceland where localised weather patterns result in much higher percentages of clear nights which is what you need in order to see the Aurora Borealis. For the avid aurora hunter it is worth doing research on places that benefit from more stable weather patterns. 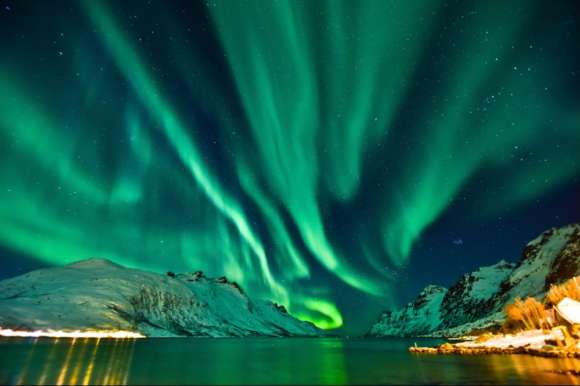 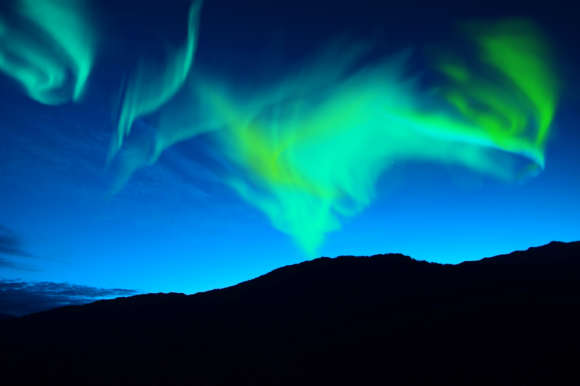 This is also the low light period where, if you are above the Arctic Circle in Lapland, the sun disappears for the best part of a month. This does not mean it is totally dark but instead you get some of the most evocative light conditions. The Kaamos light generates the most vibrant orange and pink skies and makes this period a unique time and an interesting time to go on a Northern Lights Holiday.

It is still possible to do fly drive holidays at this time in Iceland due to its more temperate conditions and well maintained roads, and it has slighter longer daylight hours at @ 4 hrs a day. The tours are adjusted for the darkness so for example you would arrive at the top of a volcano for sunrise.

Be aware however that over Christmas and New Year it may be more difficult to put together complex Northern Lights itineraries as hotels and lodges focus on set programmes at this time and availability is scarce.

This is very much the peak of the Northern Lights season. The day light hours start increasing dramatically so that by the end of the first week in April it is still twilight at 10pm.

We also believe this is the best time to travel, particularly for the period up till the 31st March, including the spring equinox, which often results in some the most consistent Northern Lights displays of the season.

The only time to be aware of where programmes might be difficult to deliver and availability is tight is during the school half term weak which generally is the 3rd week of February. Unless you have to travel during this period you will get more choice and in many cases better prices outside of this time.

The last week of March and first week of April can serve up some of the most beautiful days where it is not uncommon to see people wondering around in t shirts. Sunny days, clear skies and warm temperatures are common and provided you don’t mind waiting up till later in the evening the Northern Lights are often visible. This is also the time to do longer snowmobile and sled dog trips as well as skiing which then goes on until May. 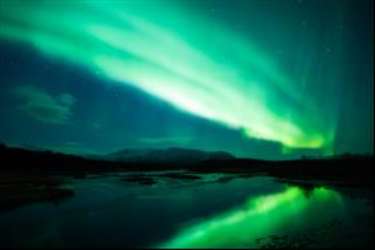 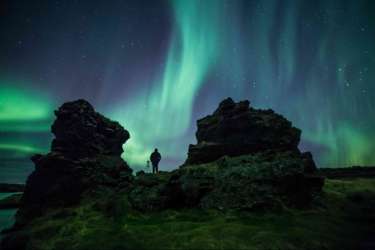 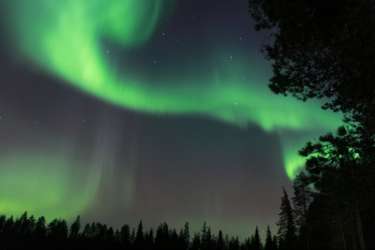