What causes the Northern Lights?

What creates the Northern Lights?

So, what exactly are the Northern Lights? They originate when large numbers of electrically charged particles (electrons) stream at high speed from the sun (solar winds) in towards the Earth along its magnetic field and collide with the highest air particles. On collision the air then lights up rather like a fluorescent light tube, creating the magnificent Aurora Borealis that many go to see on Northern Lights holidays in Sweden, Norway and Iceland, and of course other northern areas including Canada, USA, Alaska etc. 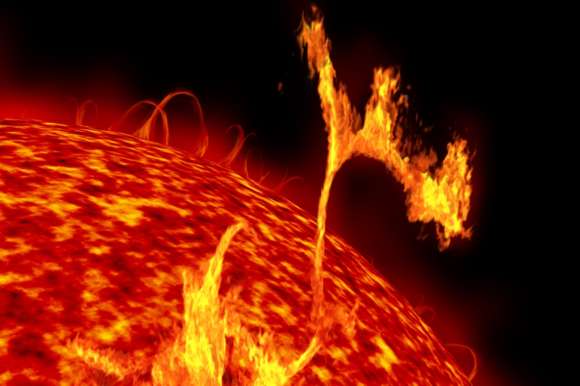 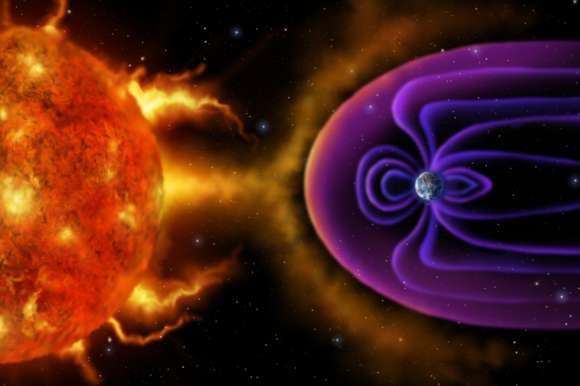 Our sun is 93 million miles away, but its influence extends far beyond its visible surface. Great storms on the sun send gusts of charged solar particles hurtling across space. If Earth is in the path of the particle stream, our planet’s magnetic field and atmosphere have to react.

When the charged particles from the sun strike atoms and molecules in Earth’s atmosphere, they excite those atoms, causing them to light up.

What does it mean for an atom to be excited? Atoms consist of a central nucleus and a surrounding cloud of electrons encircling the nucleus in an orbit. When charged particles from the sun strike the atoms in Earth’s atmosphere, the electrons re-charge and contain more energy. Then when an electron moves back to a lower-energy orbit, it releases a particle of light or photon. This is what we call the Northern Lights.

For those who enjoy science here is even more detail!

The temperature above the surface of the sun is millions of degrees Celsius, and at this temperature, there are frequent, furious collisions between gas molecules. Electrons and protons are thrown from the sun’s atmosphere by the rotation of the sun and escape through holes in the magnetic field.

These winds are attracted to either magnetic pole and therefore some particles enter the earth’s atmosphere and collide with gas particles. These collisions produce the light that we perceive as the dancing lights of the north (and the south) creating the aurora, known by us as the southern and Northern Lights.

So now you understand that bit more about how the Northern Lights are formed take a look at our Northern Lights Holidays in Iceland and Sweden so you can go and see them !