Northern Lights from the Locals Perspective

Sami view of the Northern Lights 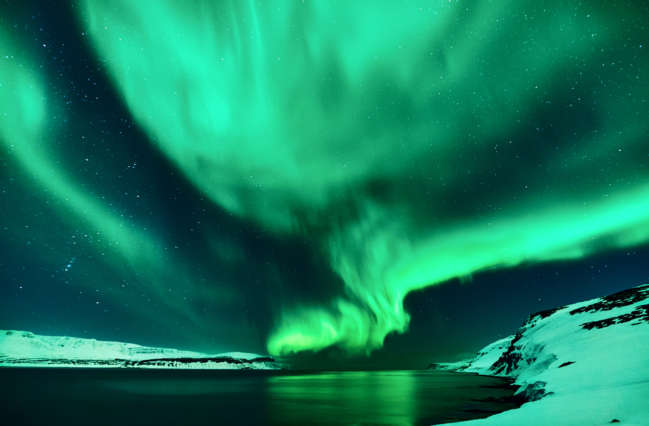 The Sami are the indigenous peoples of Northern Sweden, Norway, Finland and Russia, traditional reindeer herders, hunters, fishermen and nomads who began living in settlements just recently and have started to share their history with us. They were and still are great respecters of nature; their culture is based on the seasons (8 in all) and the natural rhythms of the environment. Since 2011 they have the right to build homes and are a mainstay for the tourist industry especially where the Northern Lights holidays are concerned – they will give tours of their reindeer corals and organise Aurora sled rides with the tamer deer whilst at the same time teaching us about their history and way of life.

Traditionally the Northern Lights for them, however, were not something to be admired but rather to be feared and even today some of the elders will stay indoors if the lights are out as they fear that if the lights (souls of the dead), notice them they will carry them away or even cut off their heads!

They have learned from travellers visiting on holidays that the lights have a more positive effect on others. After witnessing tears of joy from guests they now understand that they are something that can be valued and revered. To see our Northern Lights Trips to Sweden.

Inspired and want to see them yourself? 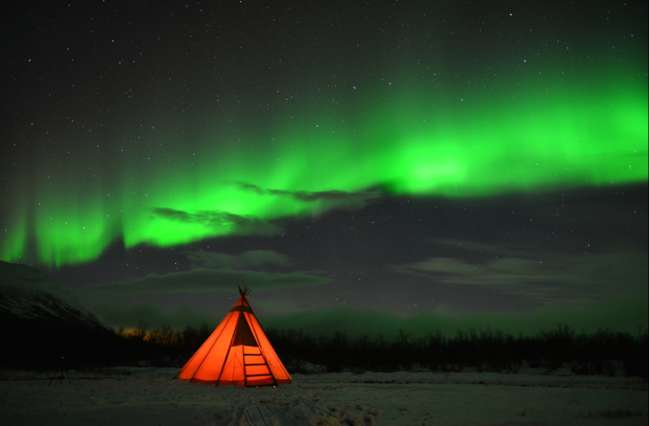 However other indigenous peoples have different views of the lights – the Swedish fishermen thought the lights were a good omen of many fish in the sea to be caught, the flashes were said to be from the scales of giant schools of herring in the water!

Icelanders believed the Northern Lights held great power; women in labour were told not to look at the Northern Lights as they give birth for fear that the child would be born cross-eyed. However, due to their Scandinavian origins and their original belief in Norse Mythology, Icelanders also saw them as promising omens and held them in high spiritual esteem.

The Northern Lights have inspired some of the most dramatic tales in Norse mythology. The Vikings celebrated the lights, believing they were earthly manifestations of their gods. Other Norse people in Northern Europe and the Northern Atlantic feared them, telling stories of the dangers they posed and developing superstitions to protect themselves.

In some legends, they claim the Aurora was the breath of brave soldiers who died in combat. In other stories, the Northern Lights were believed to be the ‘Bifrost Bridge’, a glowing, pulsing arch which led fallen warriors to their final resting place in Valhalla. To see our Iceland Northern Lights Holidays. 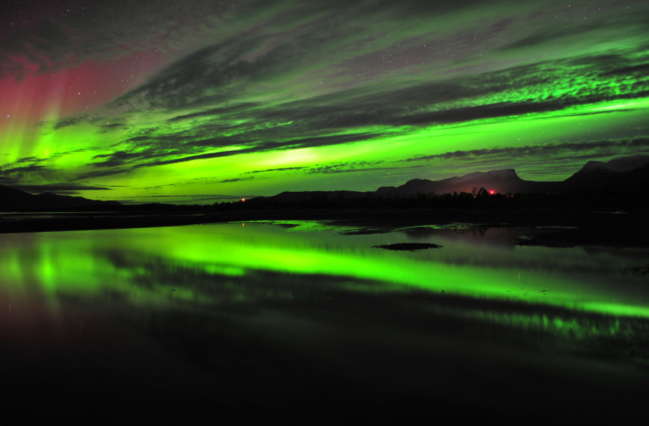 In Finland, the name for the Northern Lights is “revontulet”, literally translated as ‘fire fox’. The name comes from the rather beautiful myth that Arctic foxes produced the Aurora Borealis. These fire foxes would run through the sky so fast that when their large, furry tails brushed against the mountains, they created sparks that lit up the sky. A similar version of this story tells that as the fire foxes ran, their tails swept snowflakes up into the sky, which reflected the moonlight and created the Northern Lights. This version would have also helped explain to the people why the lights were only visible in winter, as there is no snowfall in the summer months.

Whichever fantastical tale captures your imagination, one thing is certain, the Northern Lights were assigned great power and significance by the peoples of ancient Nordic societies. Whether a harbinger of good or evil, the lights were as magical and revered as they continue to be today and give many people the impetus to see them on Northern Lights holidays.