What Food will I eat on a Northern Lights Trip?

What do I eat on a Northern Lights Break?

What do I eat on a Northern Lights Trip?

When planning a Northern Lights Sweden, Iceland or Norway trip, the food is usually a secondary thought, which then makes people unsure of what exactly they will be eating when they arrive. However, the food in all three countries is simple, fresh local ingredients prepared traditionally and in many cases, beautifully. All of the food is cooked, unless you opt for sushi or, in some cases, rotted shark in Iceland! In all cases, if pre -advised we can cater for most dietary requirements such as vegetarian, gluten and allergy free.

When in Abisko Sweden on a Northern Lights break the speciality is focused on fish. Arctic Char is the main delicacy which comes from the salmon family and is a very soft, tender fish. It can be filleted or roasted.  Herring and salmon is also likely. Regular ice fishing ensures the produce are always very fresh. A common staple for any Sweden Northern Lights trip is Lingonberries which are versatile enough to be made into a red sauce, Lingonberry tart and as both a hot and cold drink. Shiitake mushrooms compliment some of these meals, which are cultivated in a part of the Kiruna iron ore mine. If fish is not your thing don’t worry there will be meat options as well.

In Abisko Sweden, when the Northern Lights appear, the food is kept warm so you don’t have to sacrifice a hot meal for your viewing of this incredible phenomena. 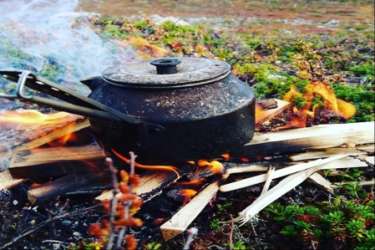 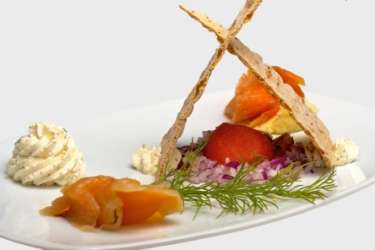 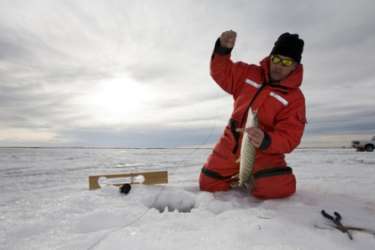 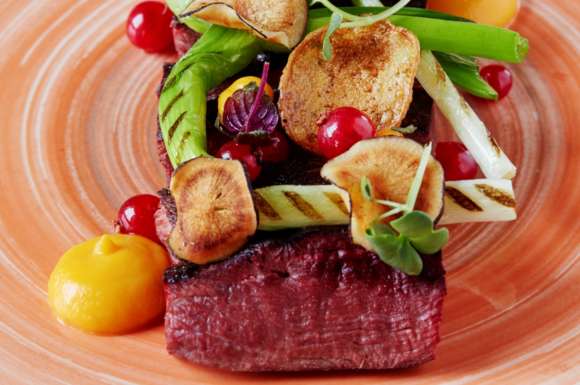 For Northern Light Trips staying in Kiruna and the Ice Hotel, as well as fish and Lingonberries, the speciality is reindeer and moose, which are used in warming soups with cloudberries for lunch around the fire, on daytime activities and filleted or roasted for the evening meals. Reindeer is a very tender meat like venison, whereas moose is more akin to beef in texture and taste.

As well as two fantastic restaurants, the Ice Hotel also has the benefit of the IceBar, where delicious themed shots are prepared using vodka and colourings, to replicate the primary colours of the Northern Lights.

If your holiday to see the Northern Lights include Lulea, one of the specialities is Swedish meatballs, as well as the more traditional moose and reindeer soups and fillets. Just perfect after snowmobiling on a frozen lake! At the Tree Hotel, as well as reindeer and moose, you could be eating brown bear, along with some appetitising Lingonberry tart for dessert.

If your Northern Lights trip includes Norway, then fish is the speciality, with herring being widely used. You will also get to experience stockfish, which can be quite strong on the nostrils and an acquired taste. 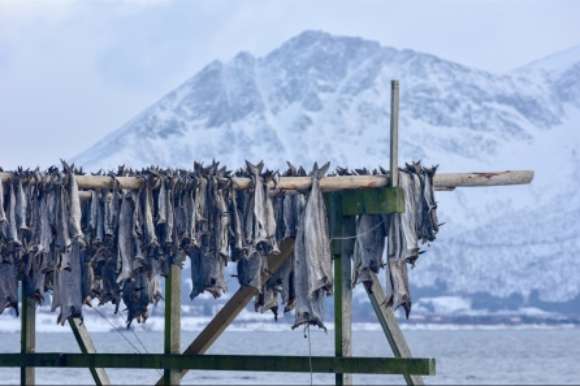 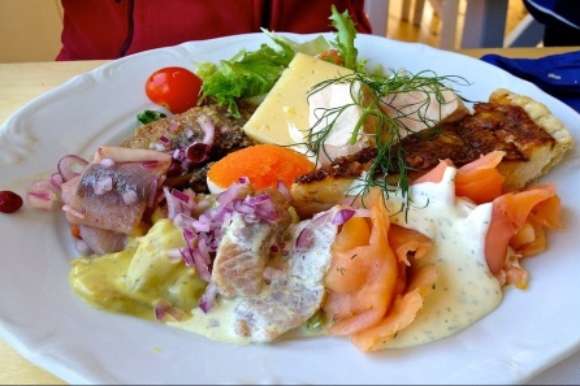 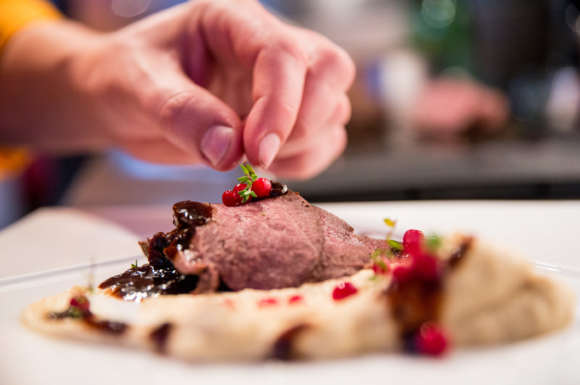 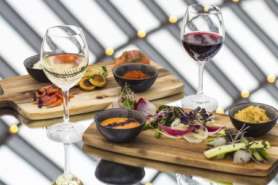 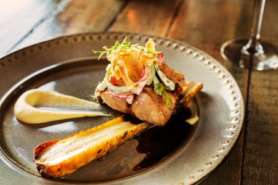 On a Northern Lights Iceland trip you will be offered seafood of all varieties, ranging from lobster, shrimp, plaice, salmon, cod and Arctic Char. The Fish Market Restaurant provides a gourmet dining option in Reykjavik.

Heading south east of the capital to ensure the best Northern Lights trips in the wilderness and more raw Iceland, Hotel Ranga also impresses with a first class restaurant that many of the locals from Reykjavik frequent due to its high standards. As well as popular dishes including Seafood and mushroom soups, you can also sample salmon, puffin, shrimp, Arctic Char and langoustines.

Another one of both Hotel Ranga, and indeed Iceland’s source of meat is lamb, which can be filleted with potatoes, parnsip puree, red cabbage, dried blueberries and madeira sauce.

At Hotel Ranga, if the Northern Lights appear during dinner, then the food is kept warm so you don’t have to sacrifice a hot meal for your viewing of this incredible phenomena. They also have a wake up call for anyone who wants to be woken up if the Northern Lights appear when you are in bed. This is optional if you would rather get some sleep, but we would recommend you sign up for it so as not to miss out! See our most popular break staying at Hotel Ranga.

An unexpected additional local food in Iceland is the tomato. Greenhouses are heated using natural geothermal vents from the volcanic landscape, ensuring that the tomatoes flourish and add the final accoutrement to many fantastic dishes.

For more country Icelandic dining on your Northern Lights trip, Hotel Anna is a fifth generation family farm dating back to 1901. All of their ingredients are from local farmers and fisherman, located within 100km radius of the hotel. As well as lobster and lambs soups, they have a wide range of meat options including beef ribs, porkbelly chicken satay and of course lamb.

The main dessert which is widespread through Iceland is Skyr Cake, which at Hotel Anna includes Baileys, whipped cream and caramel, and cocktails including hot cocoa with Captain Morgan rum, hot chocolate and whipped cream. 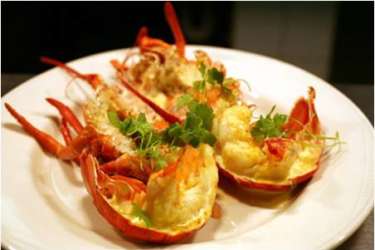 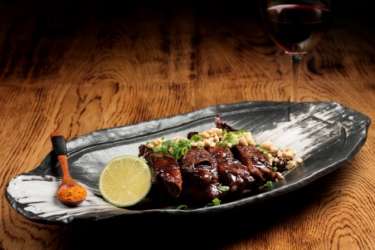 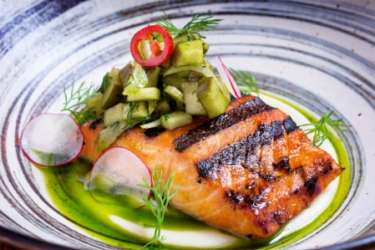 On your Northern Lights Holiday staying in a cabin in the south of Iceland you are in the wilderness and so food produce has to be acquired and transferred from long distances.  So we agree your menu with you before your visit, so that we can plan accordingly for you.

For those vegetarians who don’t eat fish, or those not keen to eat the local game, there are vegetarian meals such as vegetable stew. For meat lovers the barbeque lamb, which the guide cooks with lamb from his family farm is always rated as exceptional.