You have to go and see the Icelandic Lava Show!

Sometimes experiences stand out as something special and to be treasured- The Icelandic Lava Show is one of those. On my bucket list has always been to see glowing lava. Admittedly to see it running down a volcano, but from a safe distance, and there lies the problem- a safe distance means you don’t really get to see it properly, and so it is just a spouting glow in the distance. Interesting to see but….

The Icelandic Lava Show rectifies that as they heat lava up to 1,100 degrees celcius and then pour it over ice right infront of you. The room temperature lifts significantly, the room is filled with the glow from the molten lava but it is the sight of flowing sizzling golden-red lava that is utterly thrilling. It is poured over ice and it is not an exaggeration to say you can hear it sizzling as the elements of Fire and Ice battle it out.

The inspiration for this idea for Julius and Ragnihildur, the couple that created this stunning exhibition, was the Icelandic eruption in 2010 when they went up to the glacier to witness the eruption up close and personal. They were utterly mesmerized by the contrast of the bright orange lava fountain against the snow-white glacier and dark cooling lava; seeing in action why Iceland is called the country of Fire and Ice. The result was 3 years of research and trial to make the perfect show which only opened last year after rigorous health and safety standards that they had to pass. 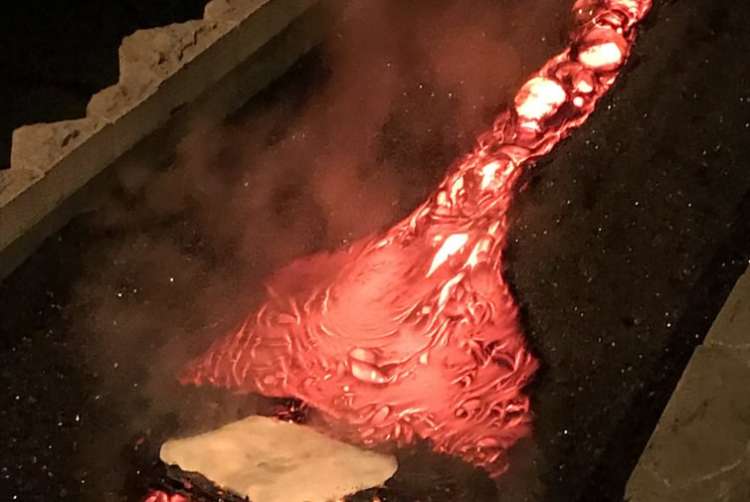 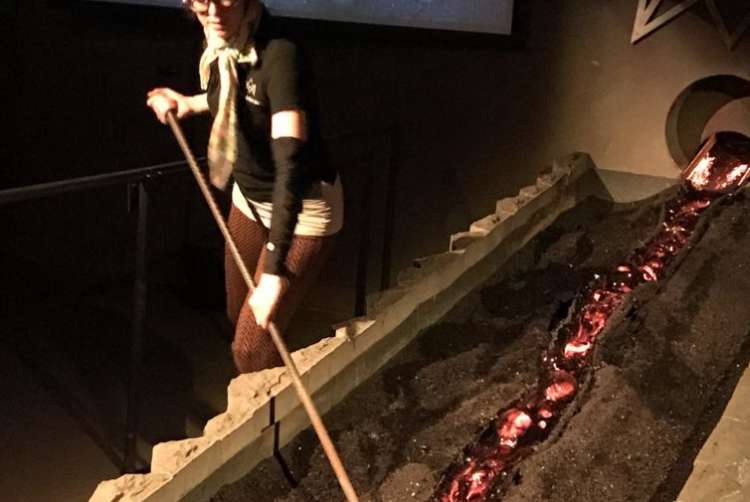 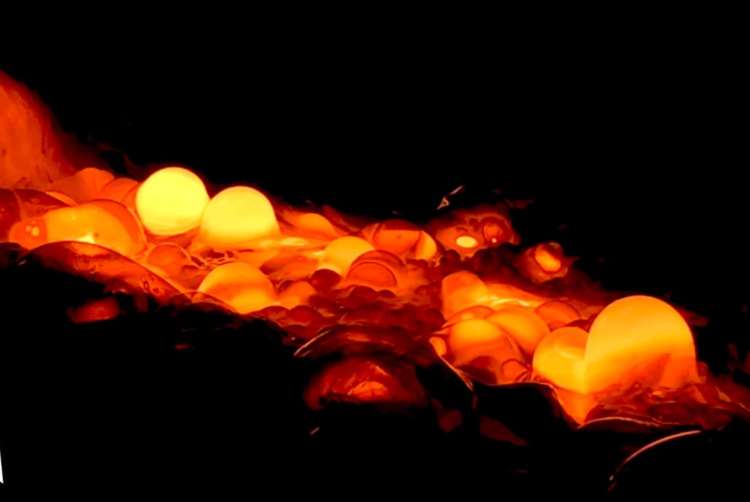 During and after the highlight of the show, (the molten lava), they explain how the lava cools in different ways which change its appearance greatly, and also explain how lava is shaped as it cools so you come away understanding why sometimes it cools to create volcanic glass, and at other times basalt columns and crystals.

Come prepared to be desperate to take some witches hair lava home intact- sadly you will not succeed however careful you are as it is so very fragile, but my Geological daughters were thrilled with the obsidian that I could choose from the previous show (Volcanic Glass to the non Geologists!). Before the lava “performance” you will also hear some fascinating stories about Julius’ great grandfather during an eruption which will make you appreciate the reality of living with a Volcano in your back garden – especially in those pre technological days. 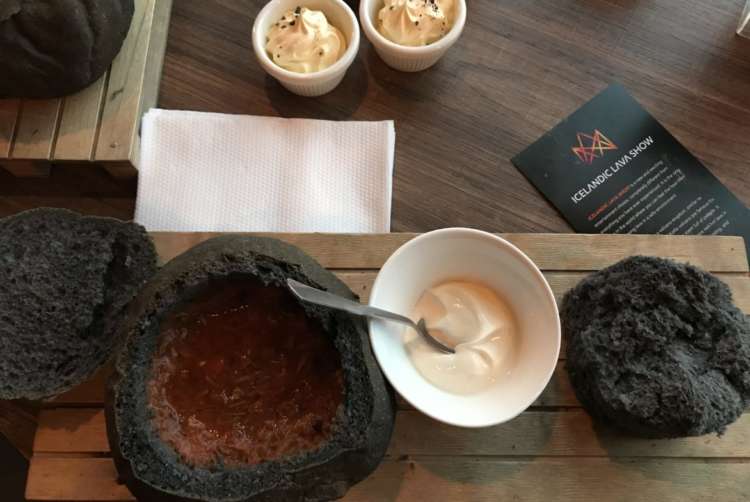 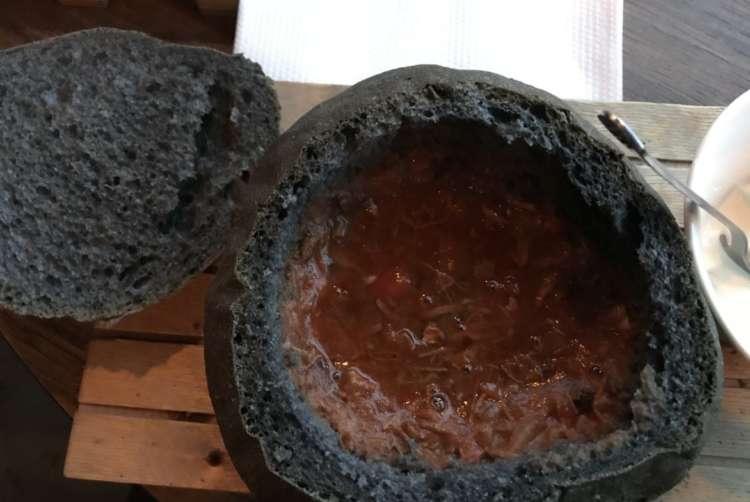 This is not a cheap show, but I cannot recommend it enough as £30 well spent which you will never ever forget in your life- how often can you say that about £30?!

There are 2 showings in the winter- 1.30 and 5pm – in the heart of Vik on the South Coast inside the Unesco global Geopark of Katla. You need to pre-book  at icelandiclavashow.com or 00 354 823 7777 as it takes them @ 4 hours to heat up the lava to a melting temperature and if they are not sure enough people are coming then they will not start the process of heating.

We would recommend you combine with a stunning super-jeep trip that we offer to the secret Ice Cave beforehand where you can see over 300 year old glacial ice interspersed with volcanic deposits from historical eruptions and then come to the Lava show afterwards (for a warm up!), followed by their delicious Volcanic Soup actually served in volcanic bread (I kid you not!).

This is a magical day with Weekend a La Carte Aurora Nights which will stay with you forever. The Northern Lights Paradise break is the perfect break to add this in. For those that don’t want to do the Ice Cave it is a thrilling thing to add if you have a free day of leisure self exploring the South Coast.