Things to do in Reykjavik on an Iceland Northern Lights Holiday

Most people travelling to Iceland in the winter head off into the countryside to improve their Northern Lights experience. However some time in Reykjavik, the capital of Iceland, is also a fun ending to the trip before you head back home. Reykjavik is a fun quirky town and you will find the old town full of interesting local shops and plenty of museums to pique your interest, whilst the harbour houses the stunning new Harpa Center. Below are some of our recommendations as to how to fill your time around the adventures we have included for you. 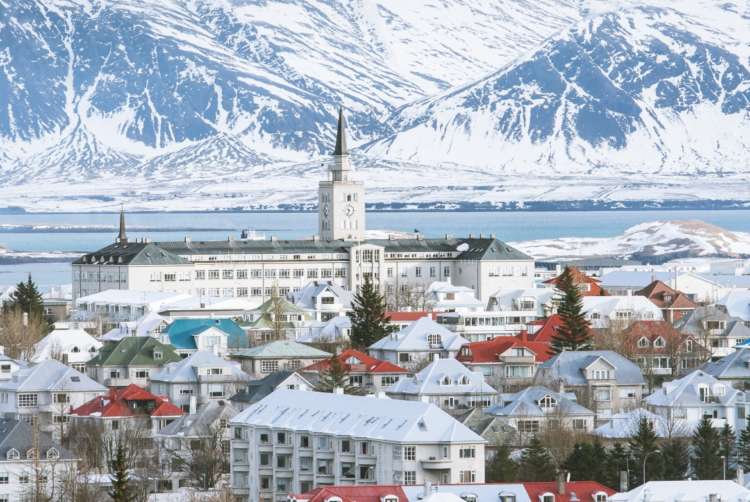 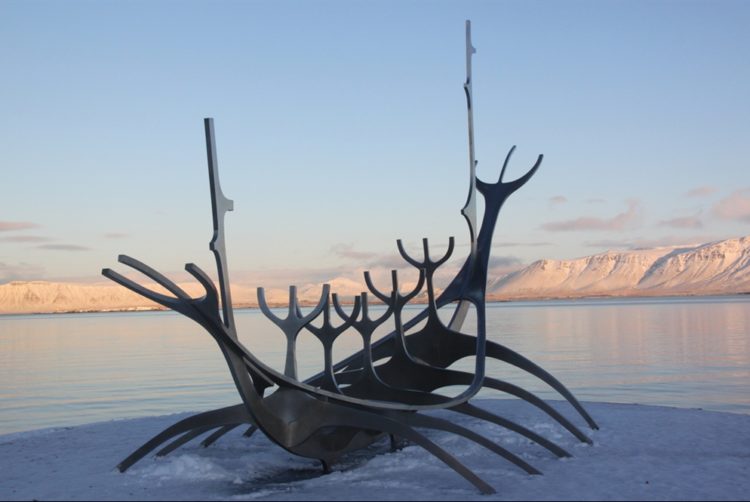 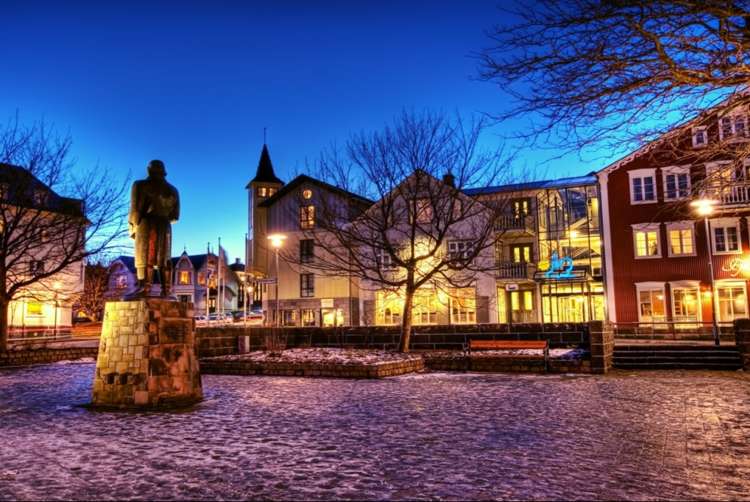 This museum is right next to Reykjavik Centrum Hotel and indeed the archaeological remains were found as a result of the hotel digging to create a car park! Needless to say the car park never happened and instead the Reykjavik 871 +/- 2 museum was born sharing the oldest relics of Human Habitation in Reykjavik from before AD 871 +/- 2. The finds include a longhouse which is the focal point of the exhibition about  life as a farmer in the Viking Age in Reykjavik.

Whales of Iceland is the largest whale exhibition in Europe (and perhaps even the world), where guests can learn about the giants of the sea in a calm and modern environment. The permanent exhibition features 23 life size models of whales like guests have never seen them before. It is truly a giant experience. The Whales of Iceland exhibition is located at Fiskislóð in Reykjavík’s harbour area. Getting there on foot from downtown Reykjavík is easy, and there is also ample parking.

Rising 244 ft Hallgrimskirkja is the tallest building in Iceland and for the best views of Reykjavik go up the lift to the bell tower. The three bells in the tower represent Hallgrímur, his wife, and their daughter who died young. 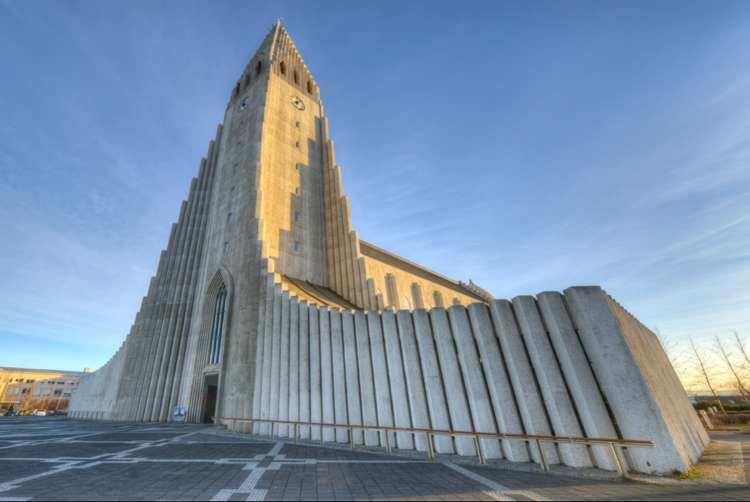 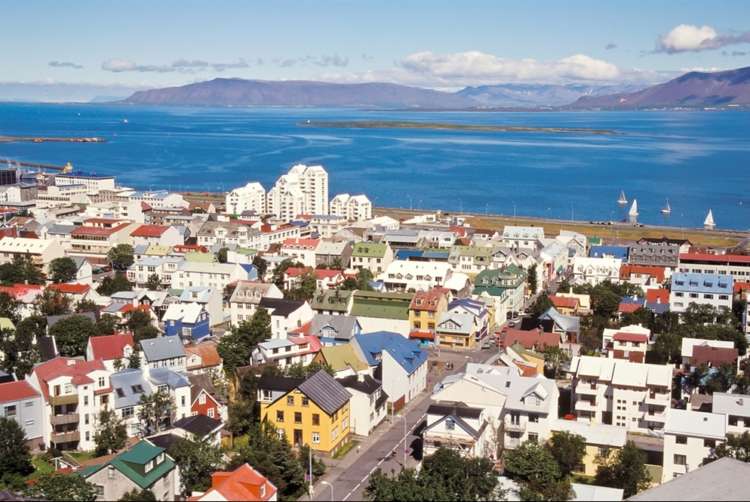 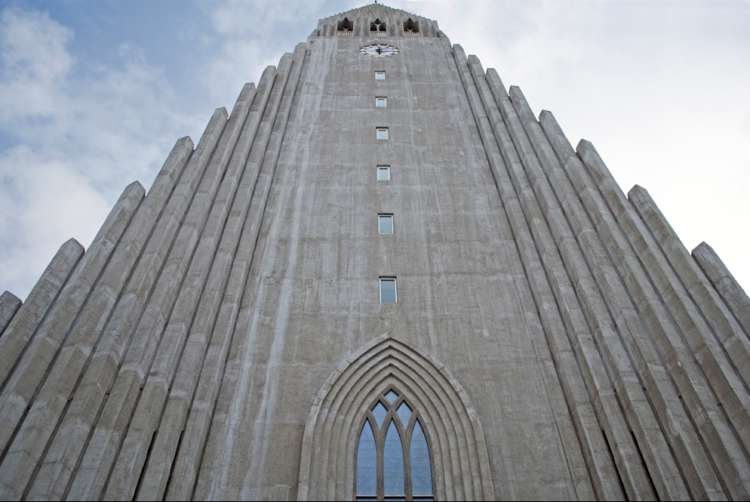 For those with a bit more time the National Museum of Iceland is highly recommended. It shares Iceland’s national heritage via over 300,000 artefacts and photographs which range from the original settlers to Christian Chieftains, Norwegian and Danish Rule and right up to the current modern World.

The Icelanders are almost obsessed with their thermal swimming pools. This is where they go to relax, chat and “shoot the wind”. If you want to do what Icelanders do then head for one of the 7 thermal pools in Reykjavik and become an observer as you sit in the hot tubs or steam baths that invariably accompany the pools.

The Perlan Museum – the Wonders of Iceland

Perlan is a magnificent building on the top of a hill in the center of Reykjavík, with a 360 degree observation deck. The Glaciers and Ice Cave Exhibition is the first exhibition of the new Perlan Museum – Wonders of Iceland. The exhibition is built inside one of Perlan’s six hot water tanks. It illustrates the glaciers, their history and bleak future, and gives visitors the amazing opportunity to experience travelling through a real man-made Ice Cave. You will learn about the glacier’s dangers, the secrets it keeps, and how the disappearance of our glaciers is leading to an enormous change for both Iceland itself and around the world. 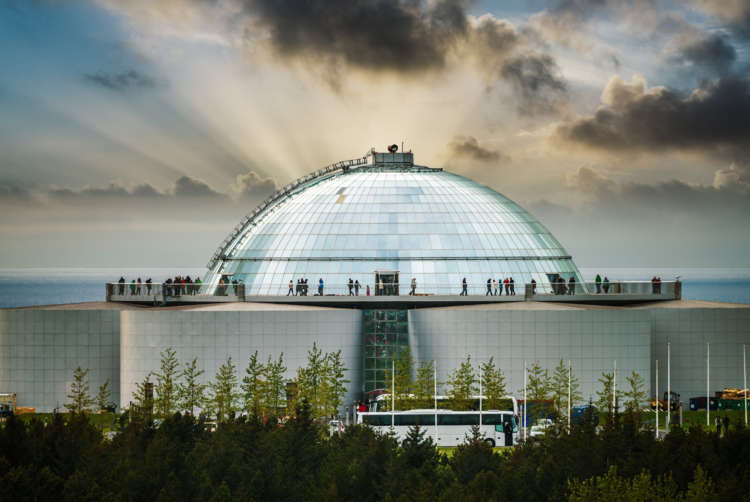 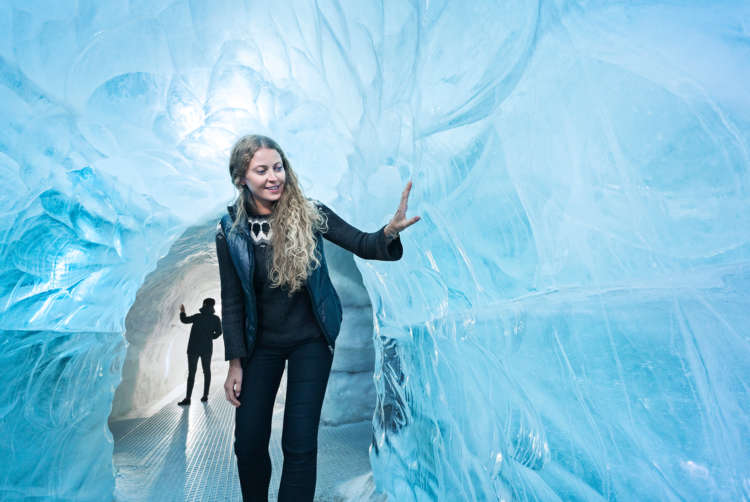 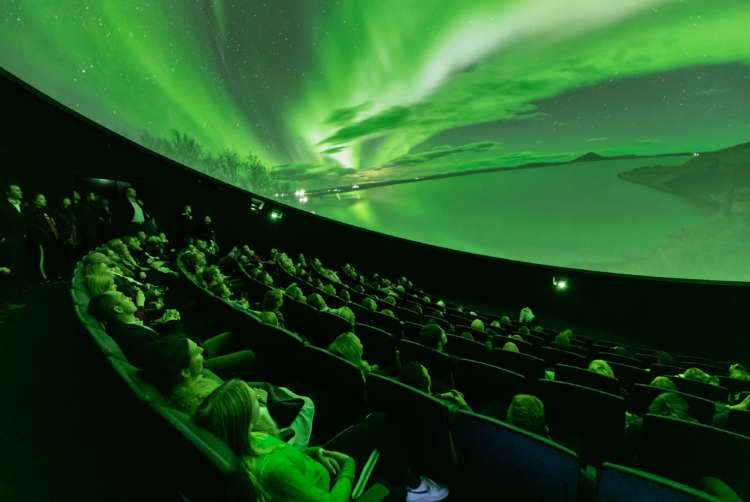 Recently opened the Reykjavik Concert and Conference Centre overlooks the Old Harbour and indeed overhangs the water. For those interested in architecture this is a beauty worth a visit, but be prepared, the old harbour is a working fishing harbour and not particularly attractive. The centre plans to hold daily performances. Refer to the Hotel for performances during your visit.

Iceland’s past, present and future are intimately tied to seafaring. The Maritime Museum’s exhibitions are insights into Iceland’s relationship with the sea through the centuries. The main exhibitions illustrate the development from rowboats to modern trawlers and cargo vessels, as well as the construction of Reykjavík Harbor. Docked at a specially built pier alongside the museum is the Coast Guard Vessel Óðinn which participated in all three Cod Wars against Britain in the latter part of the 20th century.

The National Gallery of Iceland main emphasis is on 19th and 20th century Icelandic art, but international art is featured as well. The museum owns the most valuable collection of works by Icelandic artists in the country. The collection also includes an impressive array of works by internationally renowned artists such as, Pablo Picasso, Edward Munch, Karel Appel, Hans Hartung, Victor Vasarely, Richard Serra and Richard Tuttle. Opening Hours are 11-5pm except Mondays when it is closed. 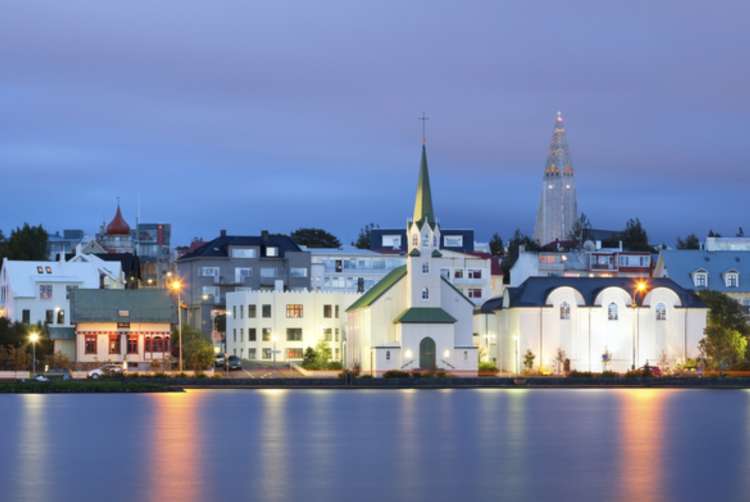 ​The Northern Lights in Iceland can be seen from September – April. In summer they are not visible because of the ever glowing midnight sun. Aurora Reykjavík – the Northern Lights Centre – is open all year so even if you are travelling in summer you can catch the essence of being out on a cold winter night watching the Icelandic Northern Lights.

The center is divided into sections which include:

Of course we believe the best way to experience Iceland is to take some of the adventure activities and any of our Reykjavik Aurora Breaks include some fantastic adventures like Whale Watching, Northern Lights Hunt by Boat or SuperJeep, and of course the famed Golden Circle with the erupting Strokkur Geyser, Gullfoss Waterfall. 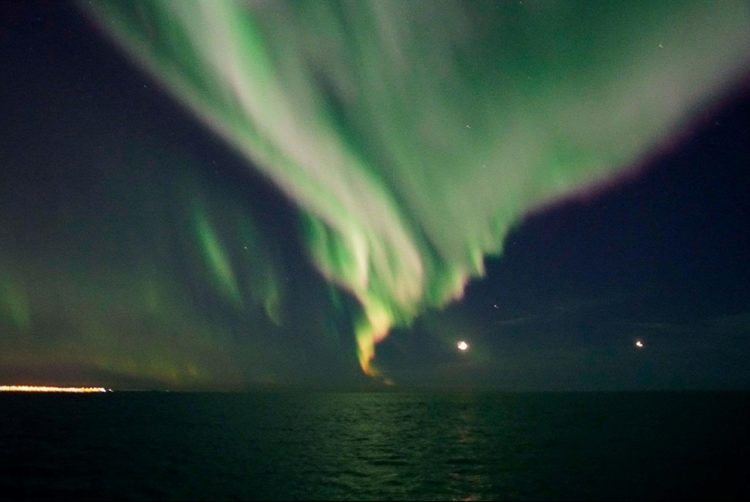 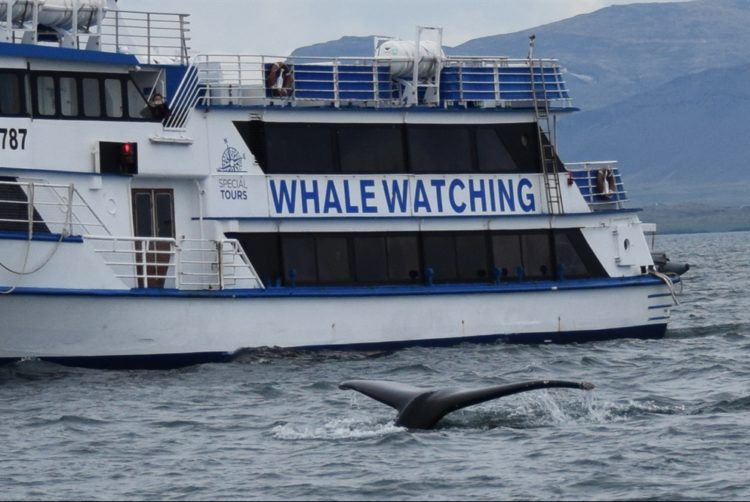 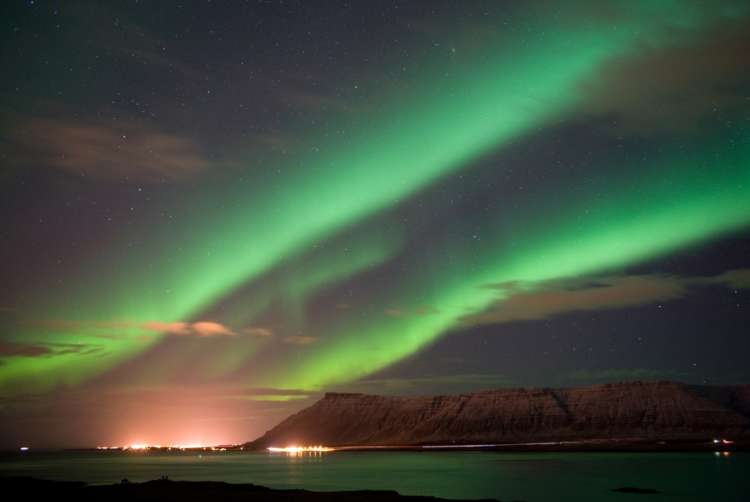 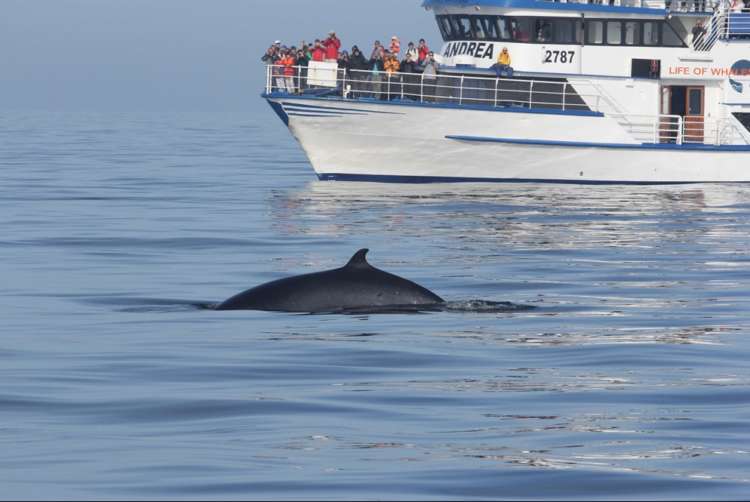 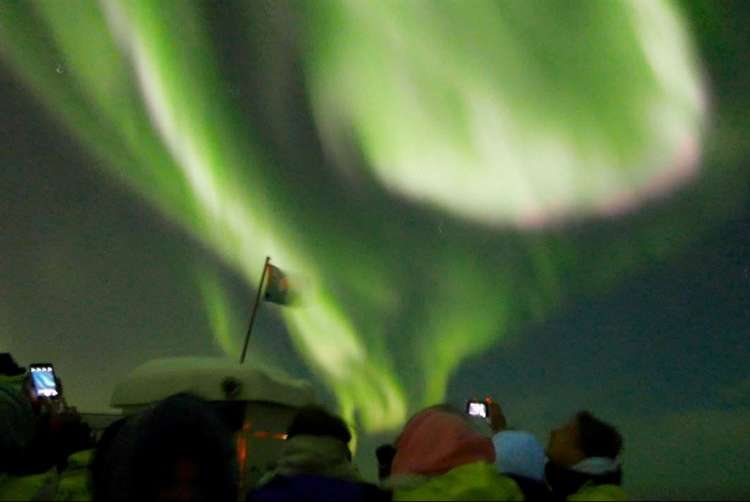 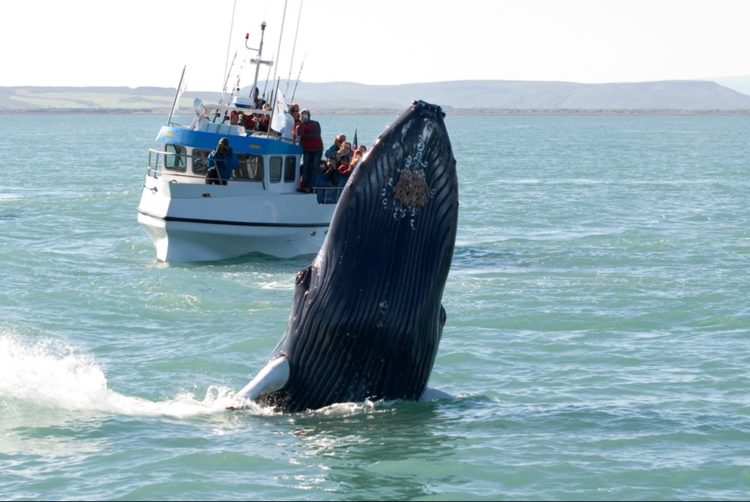