Our guide came to pick us up for our next adventure, the Secret Ice Cave. We weren’t at all sure that we would be going as the weather had really closed in and it was snowing hard and the wind was very gusty. However, our very experienced guide Saeli said we should at least try to get to the cave. We departed wearing our best waterproof, windproof gear for our journey to the Ice Cave in a fabulous SuperJeep. The landscape along the way was breath taking in its harshness, with snow swirling around us and road conditions I had never experienced before. We turned off the main road and spent a good 20 minutes or so driving through snow covered rivers and up steep landscapes. Saeli let some air out of the SuperJeep tyres to enable us to travel onwards and upwards towards the site. Once there he gave us crampons to put on over our hiking boots which proved invaluable given the conditions. We set out towards our goal. It was tricky in places as there were narrow bridges over hidden streams but it all added to the excitement of reaching the Ice Cave. 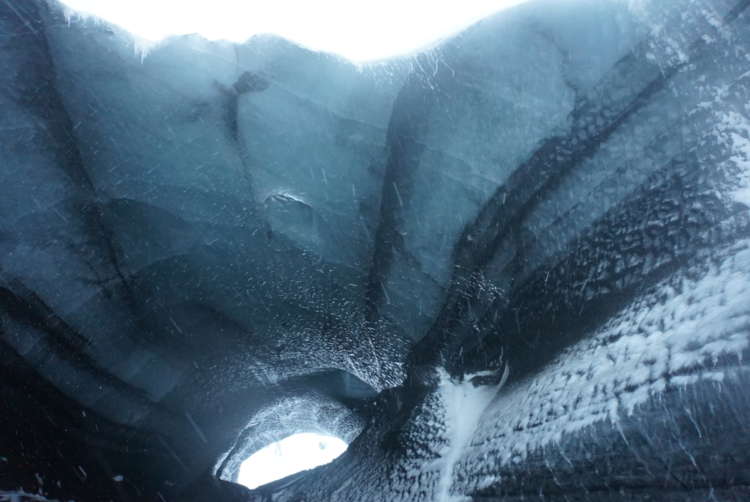 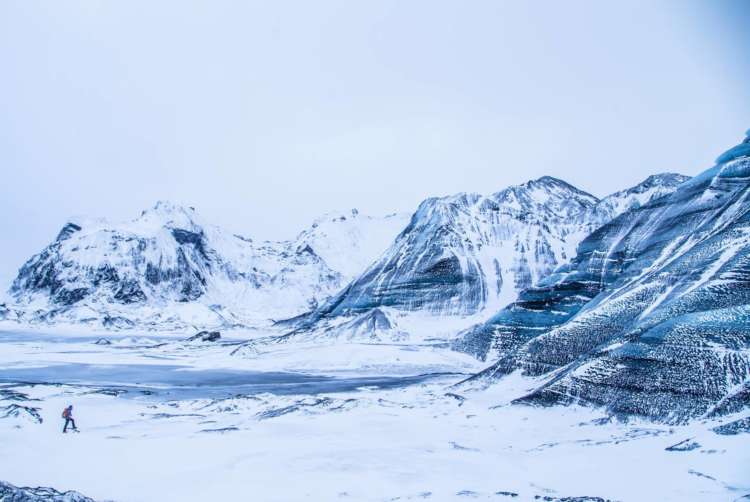 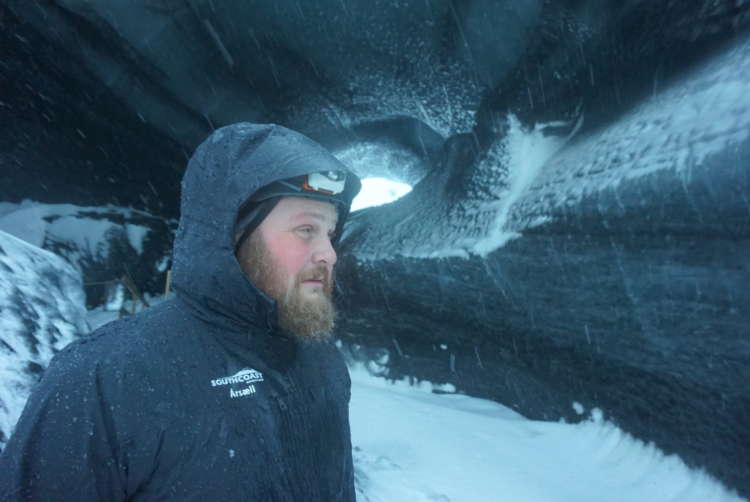 After about 10/15 minutes of walking we reached the entrance to the Ice Cave. At points we needed to use the ropes anchored into the walls to help traverse the pathways into the heart of the Cave. Once inside it was well worth the journey. There were stalactites hanging from the sides and you could clearly see the layers in the ice, it was so beautiful and even better that I was expecting as it was larger than I had anticipated. This ice has been formed over many hundreds of years and you could even see little air bubbles within it. It was lovely standing within the cave out of the snow and wind. I spent a good few minutes just turning round gazing at the layers of ice. 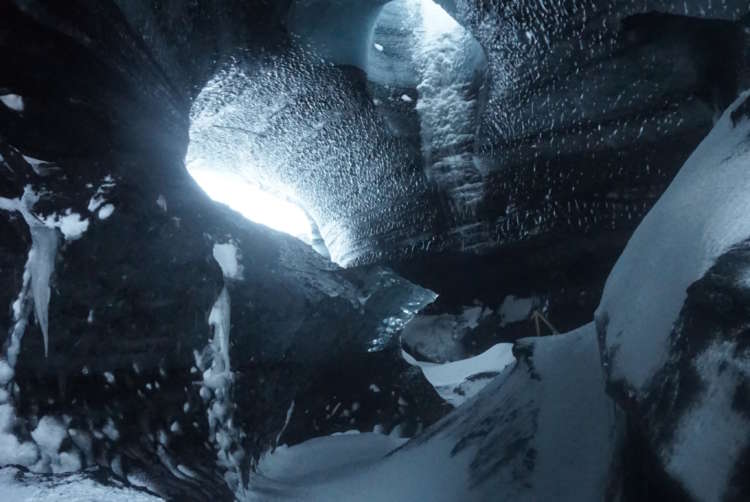 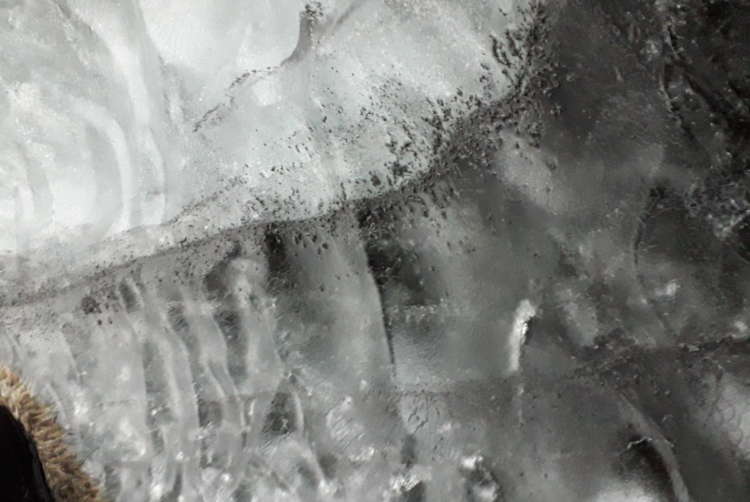 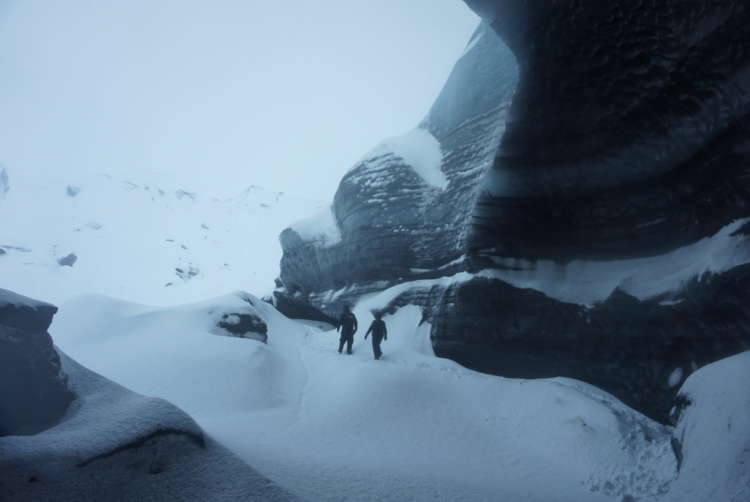 Suddenly we heard the sound of someone singing; approaching us from the other side of the Cave was another guide with a small party of people. Saeli tells us this particular guide is well known for this so he recognised who it was straight away.  His repertoire includes Happy Birthday and Jingle Bells, sung presumably dependent on the time of year!

After a little while Saeli suggested we move on through the cave so that we could see the other side of it. It was so surreal; like I was in another dimension completely, the wind had died down and I was now in a sort of bowl. It was so calm, lovely after the harshness of the weather getting to the Cave. Looking back through the Cave from that angle you could really discern the layers in the ice. There were varying shades of grey and black ice from the ash of the volcano eruptions. It was a truly stunning sight that I will never forget.

The journey back to the SuperJeep was much easier as the wind had died down and the snow had decreased greatly. It was hard to leave such a stunning place but I was so glad we had made it there!