Swedish Lapland – From a personal perspective

What an absolute joy our trip to Swedish Lapland was – you know that feeling of worry that the transfer is not going to be there and you won’t like the food and the hotel? Well I have to say that lasted about half an hour and then I relaxed and enjoyed every minute. Máttaráhkká Lodge was wonderful, the first impressions were of the stillness, the absolute peace and quiet, with all this beautiful fluffy snow and the sun beaming at us in an utterly perfect blue sky. We sat on a little decked area and just breathed in all the fresh air looking to the distant snow covered mountains and then just couldn’t sit any longer and had a walk (plough) through the snow, spotting animal tracks everywhere – ptarmigan and artic hare – no moose or deer though, we wouldn’t see those until the next day when we ventured off on our snowmobile trip. First however was the stunning meal cooked by Roger and a wonderful hot tub experience whilst looking at the stars until it clouded over, then, once cooked and wrinkly all at the same time,  we made our way to bed.

After a marvellous buffet breakfast (I ate far too much) it was time for our snowmobile trip, I was excited and nervous all at the same time. There had been a fresh fall of snow in the night and the guide, Roger, who was following a GPS was a little uncertain of the route – we laughed as in the snowy wilderness how would you find your way? Thoughts of the Sami deer herders went through my mind but we zipped off into the unknown and within 20 minutes were lying deep in the snow unable to get up, floundering around like stranded fish! We had missed the track with one edge of the snowmobile with the result that it tipped over in the soft snow – it all seemed to happen in slow motion- and getting out of the snow again was hard work as we couldn’t stop laughing. After the guide had rescued us we journeyed for quite a while, the artic clothing keeping us snug and warm until Roger halted and said, sweeping his arm around “welcome to my office”. I looked around at the mountains covered in snow – there was no evidence of human habitation from our vantage point, it was pure unspoilt wilderness and realised that we had in fact being travelling on snow that was right up to the tops of the trees– what an amazing job to have! We shared a flask of lingonberry juice and then journeyed back stopping as the guide had spotted some Moose tracks – we ploughed through the snow on foot to investigate and could see where the Moose had been eating the moss from the trees but the wise Moose had moved on elsewhere.

After lunch we visited the Icehotel, exploring all the rooms and chatting with other visitors discussing what we liked and what we loved about them – a visit to the ice bar was a must and amazing ice cups with wonderful coloured liquids. Afterwards we stood outside watching the harvest of the ice from the river below the hotel. Although we had missed the ice cutting demonstration we wandered around and admired the results – the swan was the most beautiful object with the sun shining through it and was the most photographed, from every different angle. 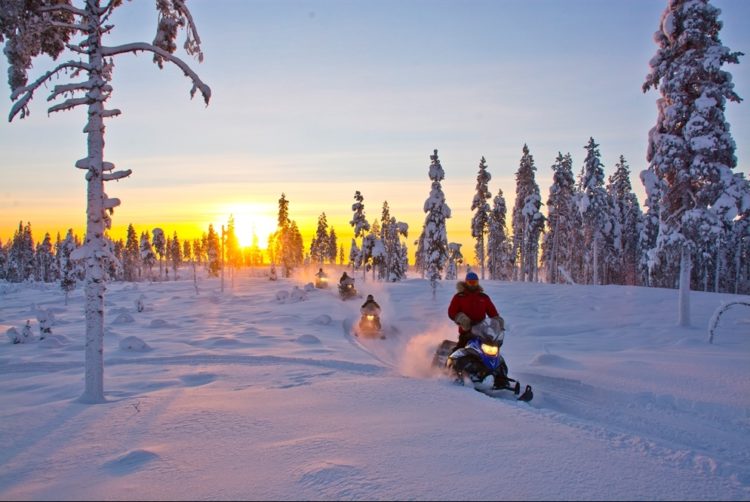 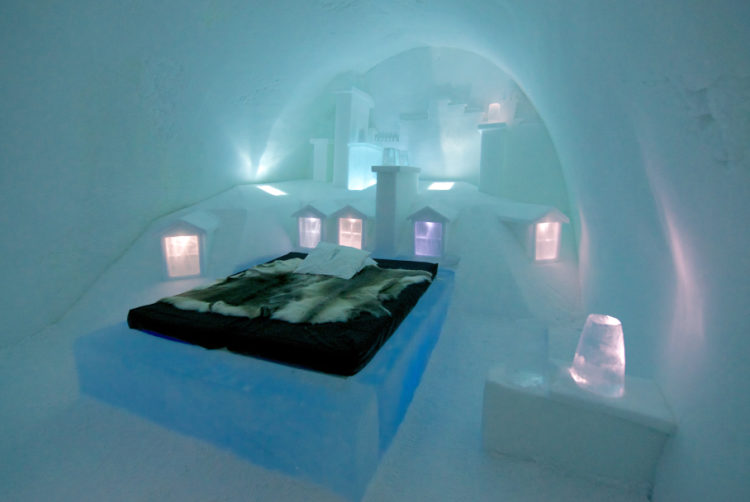 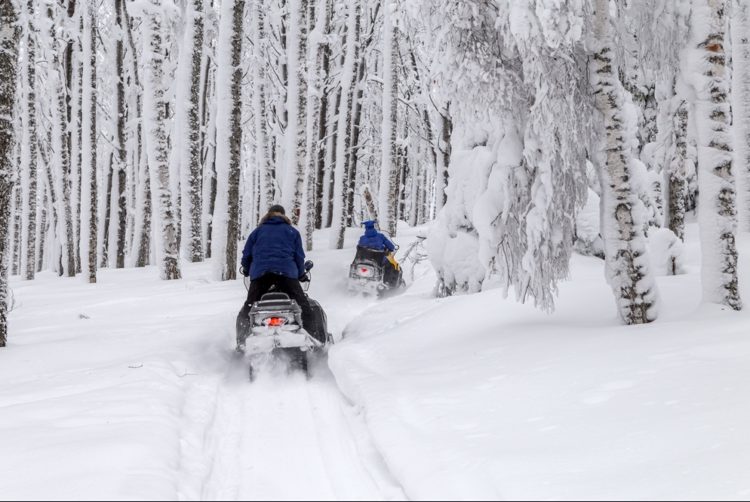 Then it was on to the Sami evening with Hakan and what an entertaining time! First we met the guide and collected the snowmobile and the sled in which we sat to go and visit the reindeer sheltering in a little copse and fed them dried branches (there was a little competition amongst them as they were all the young males from the spring) then we were asked to look at the sky with the many brilliant stars and as we couldn’t see any indication that the aurora was going to visit we were asked to lay on the snow and make snow angels as that might appease the spirits (he was grinning from ear to ear) but my husband obliged, so then we could carry on to the lavuu and supper which was wonderful. He spoke of the beliefs that his people have in regards to the spirits of the ancestors and the influence that has on the generations as they come along, although nowadays they all have access to the ever increasing technology. As he warmed the food he spoke of the difficulties his people had experienced and how at one time they were not even allowed to build permanent houses. It is a plight comparable to the Indians of America – resident peoples being moved on and denied access to their own lands. He offered us a secret Sami desert (After Eight mints) which I have never eaten frozen but they lasted a long time! We watched the skies and had a brief glimpse of the lights before the clouds covered it over and we went back to the hotel with humbled hearts. A great guy, with a real sense of humour and natural entertaining abilities, who managed to educate us at the same time. 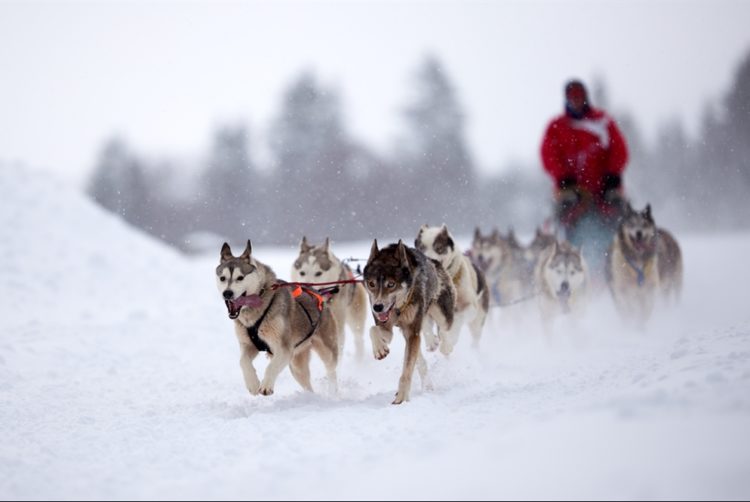 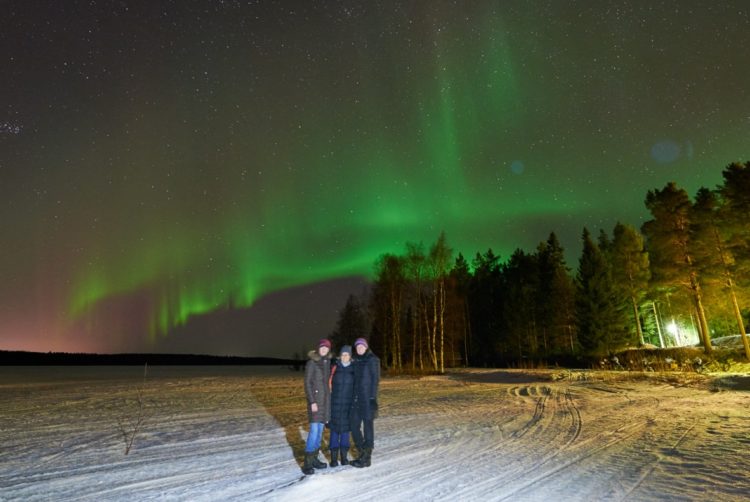 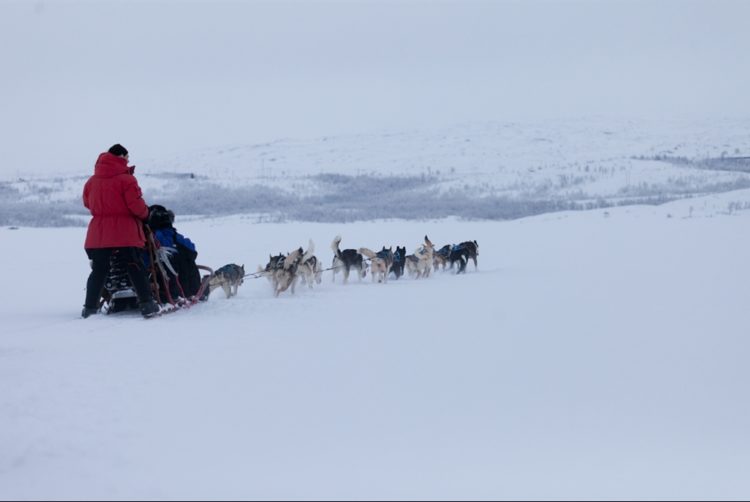 A very full day and I slept extremely well.

More excitement and trepidation – dog sledding. After greeting and harnessing the dogs we were shown how the brake works (most important tool!) and how to move when cornering and told that we had to get off and jog alongside when going uphill as the dogs would get too exhausted – I wondered about myself? However it was just the most incredible experience the sled travelling almost silently across the snow in picture perfect wilderness, a stop for lunch in a lavuu and a chat about the dogs, the guide Mia was heartfelt in her adoration of them, and onwards again – my turn in the sled in this time! Such fun and another fantastic experience that I will never forget.

Then we transferred to Abisko Mountain Lodge, another great place but in a different way. It was constantly busy with the guys from the heli-skiing trip (totally mad) and other guests sharing their experiences. We settled in immediately but then had to go to the Sky station for a meal and, we hoped, a good view of the Northern Lights. Sadly though the wind was blowing a gale and the skies clouded over fairly quickly allowing only a short viewing but we did see the awesome lights although it was disappointingly brief. It was such a shame that it clouded over. 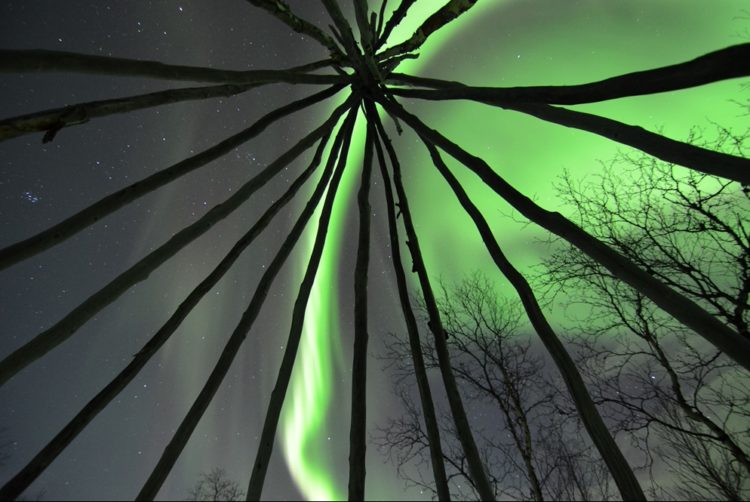 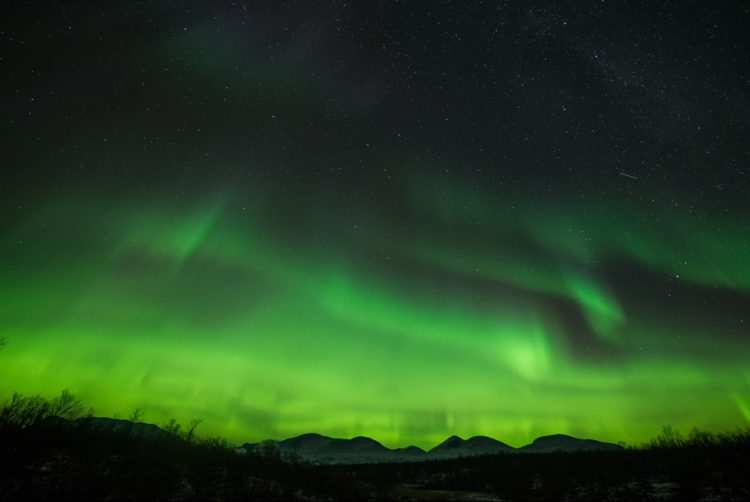 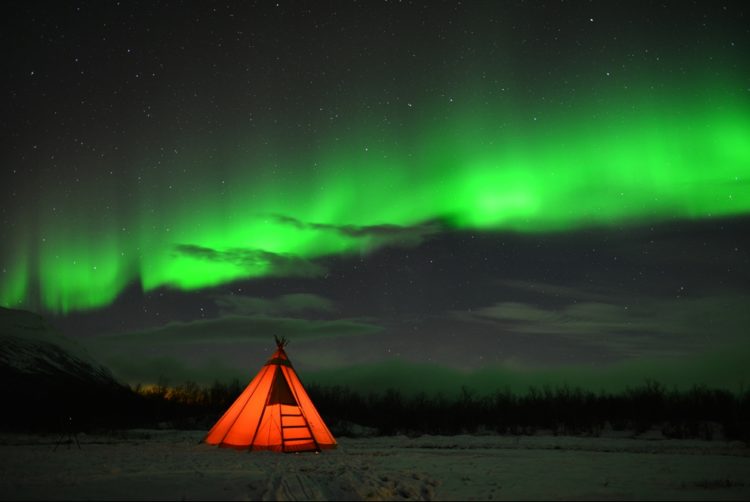 The following night was amazing – we had booked up for a photographic training session with Chad Blakely and his Lights over Lapland team, aimed at teaching people how to successfully photograph the lights and we had picked the right night – the lights put on a wonderful display for us and we got some memories to keep forever on the memory disc. The time just flew by and at midnight the display seemed to be at an end – there was some high cloud coming in- but just as soon as all the cameras were packed away there was one last burst of stunning colour and clarity right above us – we had been blessed!

For our best of both holiday: Swedish Lapland Aurora Holidays