Patrik knows the Lulea Archipelago probably better than anyone else alive! He has worked as a guide at Brandon and Pine Bay Lodge for 17 years and escorted probably thousands of clients over this unusual terrain of scattered islands and sea in summer and islands connected by pack ice in winter.

He is a man of many talents as you will discover. The outdoor meals he cooks on the pack ice tour just always seem to hit the spot! Its hungry work driving snowmobiles so tucking into one of Patrick’s creations is a timely joy!

Patrick almost became a professional skier. Petri Tuominen who was one of partners in Kiruna and skied with Patrick on the US circuit said that he was probably the best all round skier and definitely the most fearless. Today Patrick enjoys showing clients the nature on his back door and will take you out to explore the vastness of the Lulea Archipelago to where the frozen seas of the Gulf of Bothnia turns into the Baltic.

When not exploring the outer archipelago on snowmobiles, Patrik’s other hidden talent is as a musician. Having learnt music in his childhood he returned to it in his 40’s and now plays Guitar, drums and Piano. He is a fan of rock music and in particular the band Marillion (their early work) and he plays in different local bands.

Patrik, along with his guiding partner Roger will look after you on a number of our breaks. So if you are either a private group taking over Pine Bay lodge for a special occasion or a couple doing one of our autumn breaks in the Lulea Region you are likely to encounter Patrik. 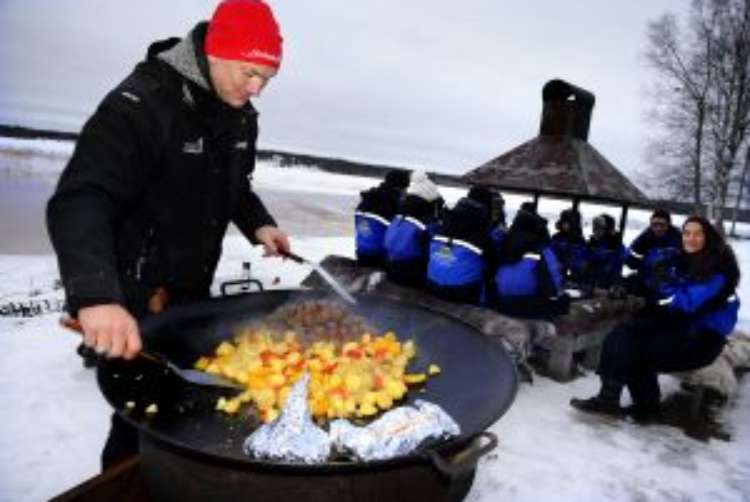 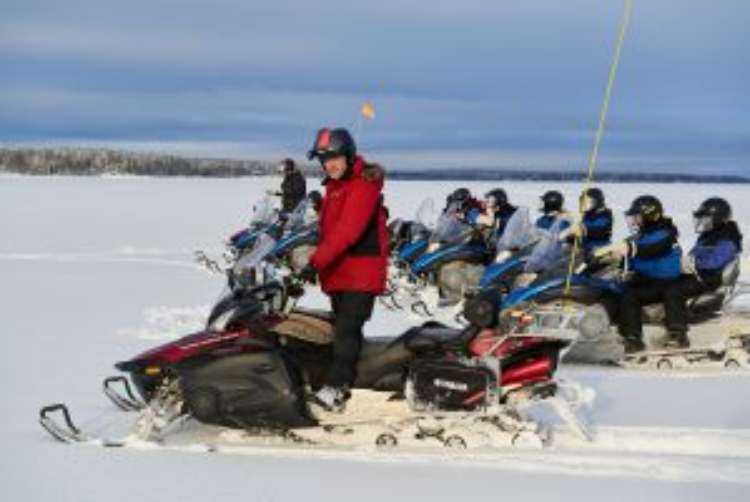 Patrik Carlman out on a snowmobile safari in the frozen Lulea Archipelago.