The Lofoten islands are undoubtedly the jewel of Arctic Norway. A land in which you can enjoy the midnight sun in summer and the Northern Lights in the autumn. The best driving months are July –September

Svolvaer is the prefect base to explore the islands. It’s around 2hr.30 from Harstad airport, which has accessible flight connections and 2hr.30 from A, the most westerly point of the Lofoten Islands. If you are boating into the Lofoten islands on board Hurtigruten then Svolvaer is a good drop off point having enjoyed one of the most spectacular coastal journeys if you have come in on the south bound journey .

So whether you are picking up your car in Harstad or Svolvaer you will be thinking of how best to make the most of your time.

There is only 1 road (the E10) which dissects the Lofoten islands and hugs its dramatic landscapes so it is almost impossible to get lost! How much of the island you see is a personal choice of how long you are happy driving taking into consideration that the roads can be busy in the peak summer months.

A few tips before you set off:

Here are our 3 driving route suggestions:

From Svolvaer head out on the E 10 heading west and set your sites on getting right down to the end of the island. It’s around 130 kms or between 2.5 and 3.5 hours drive time. With spectacular scenery pretty well all the way there is no shortage of places to stop and take countless photos. If you set off early enough you may wish to break your journey at around the half way mark with an hour or so at the Loftor Viking Museum. The feature on this is a recreation of a Viking longhouse that used to occupy the site.

Reine is probably one of the most scenic towns in Lofoten and is often the site most shown in promotional photos for the Lofoten islands.

Another dramatic setting is Hamnoy, where tiny islands are linked together by the E10 winding over bridges. ( one thing that will amaze you are the tunnels and bridges in Lofoten which have been built to connect both sides of the island). A detour off to Ferdvang is recommended for the views over the sea and mountains from a white sandy beach! 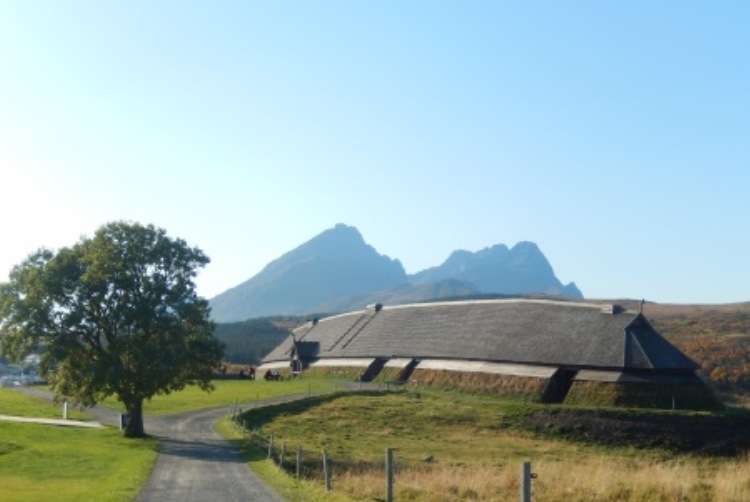 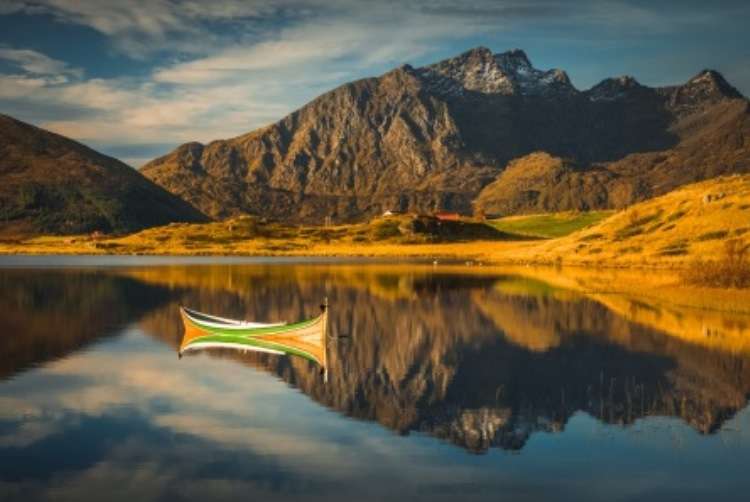 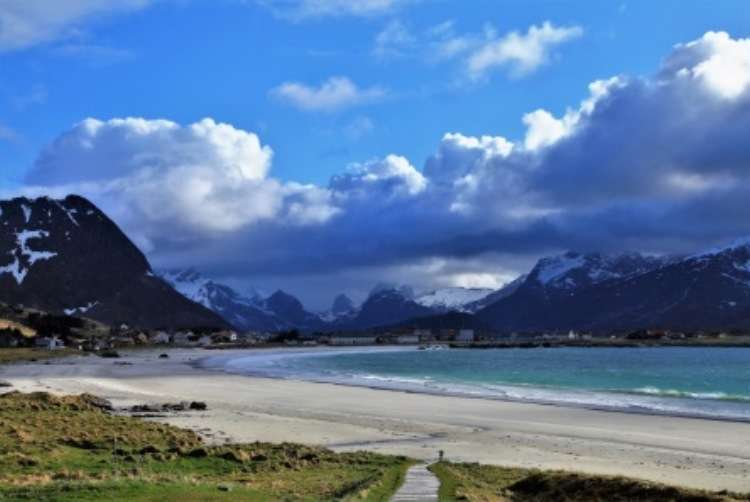 If you don’t want to drive all the way down to A then do an hour’s drive to the Loftor Viking museum, have a leisurely time there before continuing the E10 for a couple more kilometres before turning right for the 10 kilometre drive to UNSTAD. This picturesque beach is the most northerly surfing beach in the world and it’s not uncommon to see people surfing in the depths of winter.

There are spectacular views on this detour and its worth driving up to the small church in UNSTAD for the views back across the bay. You have to drive back the way you came to the E10 before turning left and heading back to Svolvaer. 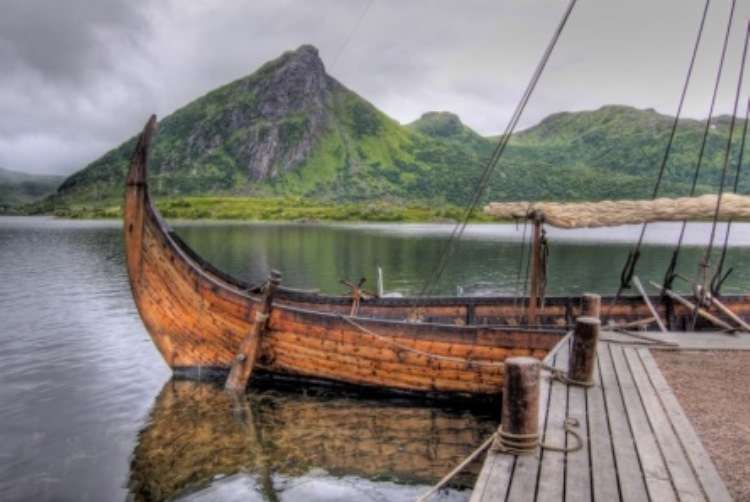 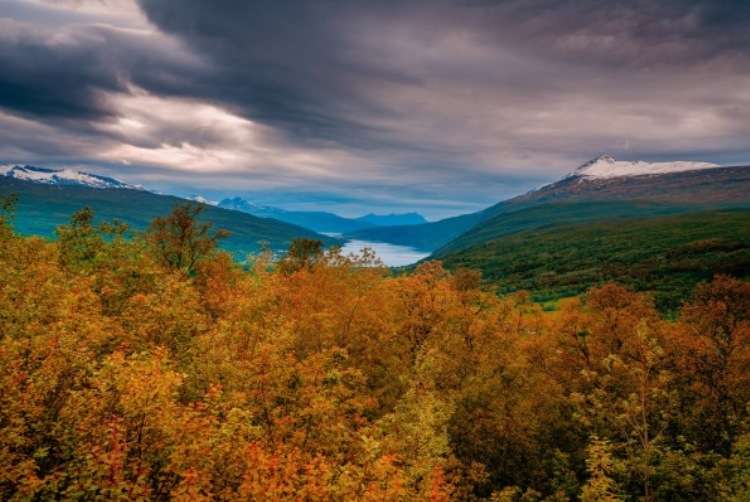 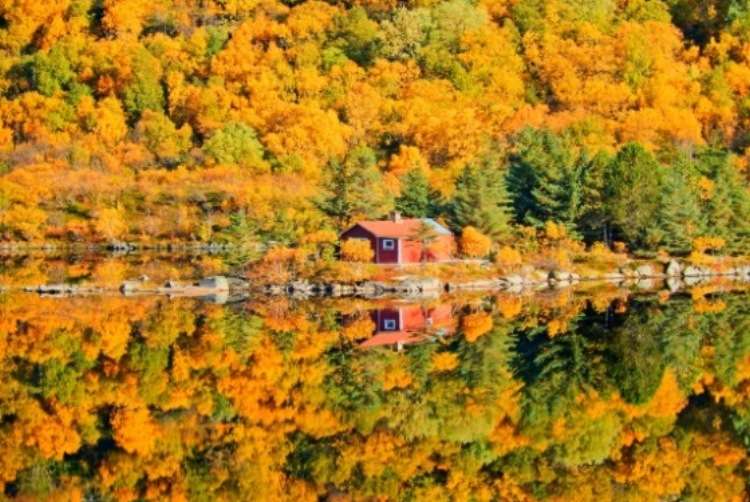 If your drove in from Harstad then this is back tracking but taking 2 detours which get you off the beaten track. First up drive around 50 kilometres to the top of Tengelfjord. Tenglefjord is the route all ships take to enter the Lofoten islands from the north so its not uncommon to see a cruise liner making passage.

Once you drive over the high bridge look out for a turning to your right signposted to Digermulen and follow the eastern shoreline of the Fjord. As you get nearer to Digermulen there are some fabulous views over some of the tallest peaks in Lofoten and if the autumn fall is in progress some spectacular spots to appreciate this too.

Turn around before you get to Digermulen and head back up to the E10. Go back across the bridge and head back towards Svolvaer. Shortly after going through the second tunnel there is a road off to the right which is signposted to Stronstad, Laukvik. This loop takes you around a section of the northern coastline. This shows a different side to the Lofoten islands as it is more open in parts, with farming land. However as you drive the last leg from Laukvik to Vestpollen you start getting the big mountain vistas again.

Once you get back to the E10 turn right and complete the journey back to Svolvaer. 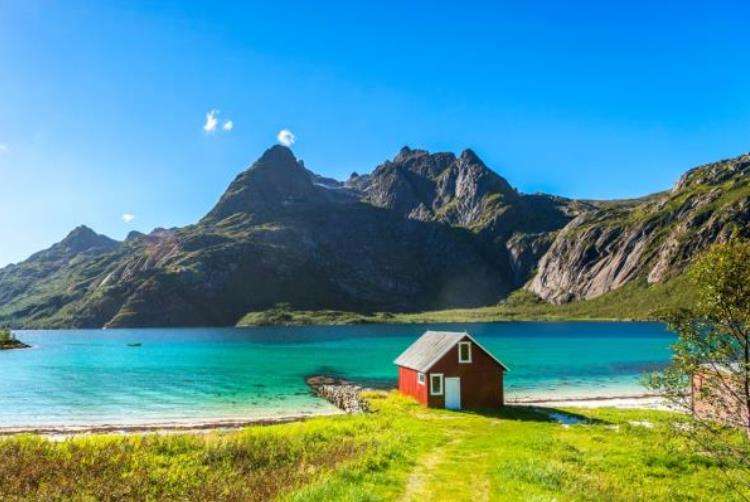 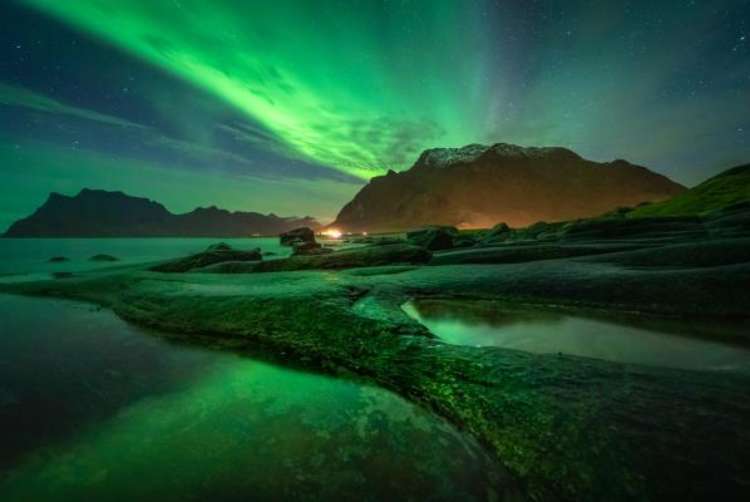 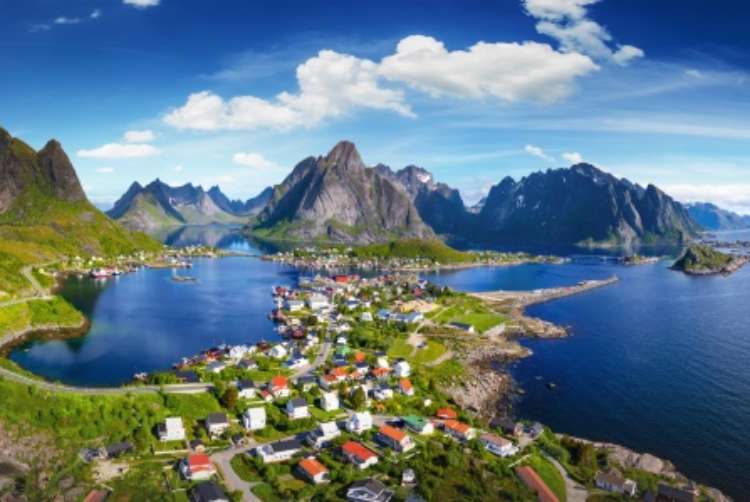