When you have chosen to self drive some of the activities we still want to add some extra experiences for you to enhance your day. These are our Local Top Tips!

Self driving the Golden Circle in Iceland

Enjoy a unique food experience at the restaurant in the greenhouse, with 3 different varieties of tomatoes growing all around! Tomato soup and fresh-baked bread, as well as other goodies are served, in a charming environment among the plants. 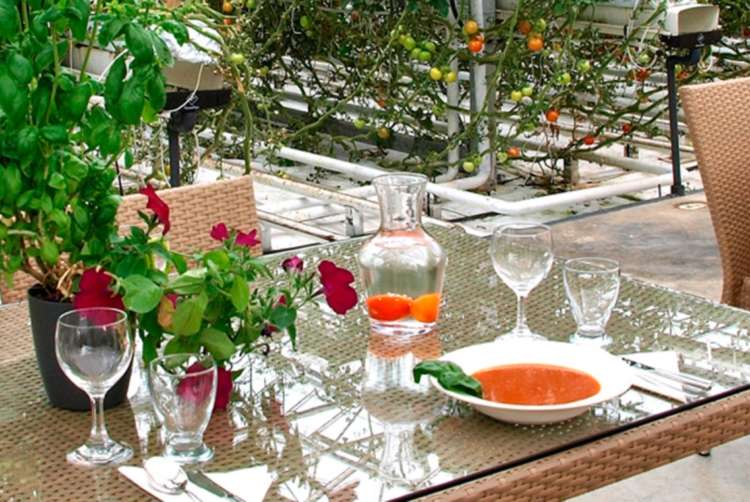 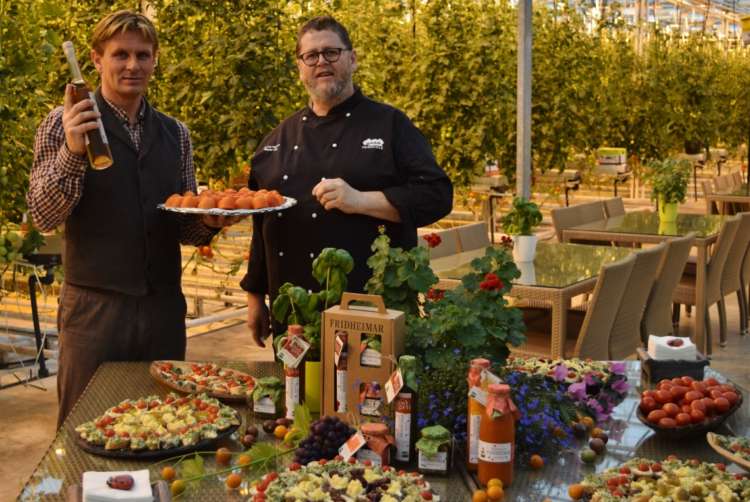 Mika is a family business run where everyone from grandma Józefik to the children contribute. They deeply care about the freshness of the food and buying from local farmers, and everything is made on site. They specialise in handmade chocolates and langoustine dishes. 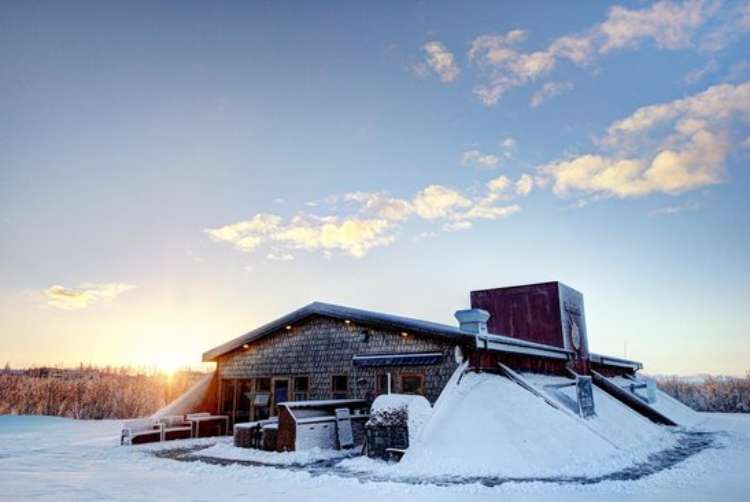 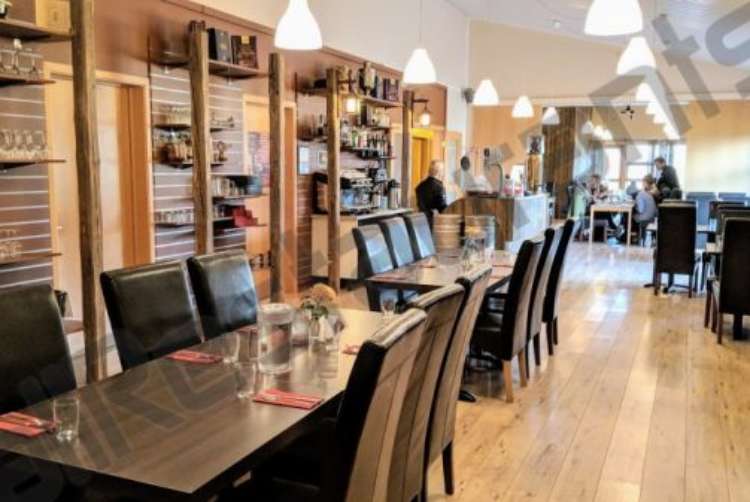 Extra Waterfall and View: Faxi waterfall near the restaurants

Faxi has been described as a small version of Gullfoss but of course not as powerful. The waterfall is 80 meters wide and seven meters high. It is a beautiful waterfall placed in a wonderful and peaceful landscape.  It is also possible to walk quite near the waterfall on the lower level and feel the drizzle from the water. 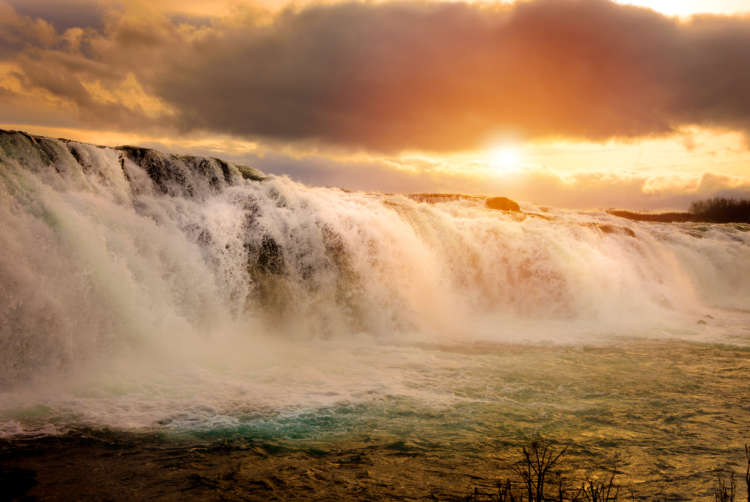 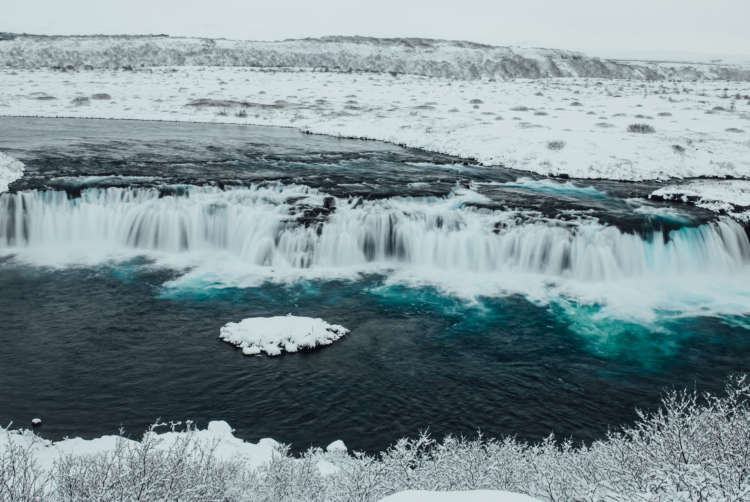 Self driving the South Coast to Vik in Iceland

Dyrhólaey is a 120-metre high promontory, not far from Vík. The place got its name from the massive arch that the sea has eroded from the headland. (The name literally means “door-hole”). There are also amazing rock formations all along here. The Birdlife here is abundant, with puffins and eider ducks being the most common species.

The lighthouse on the top of the cliff stands impressive and stoic in this very windy area. 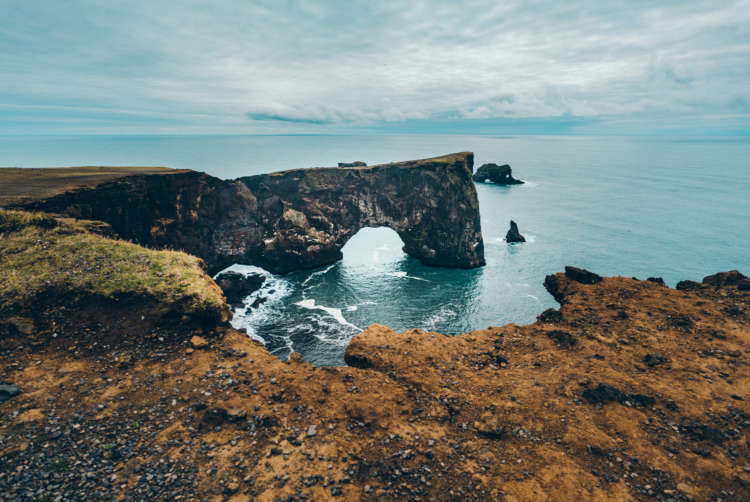 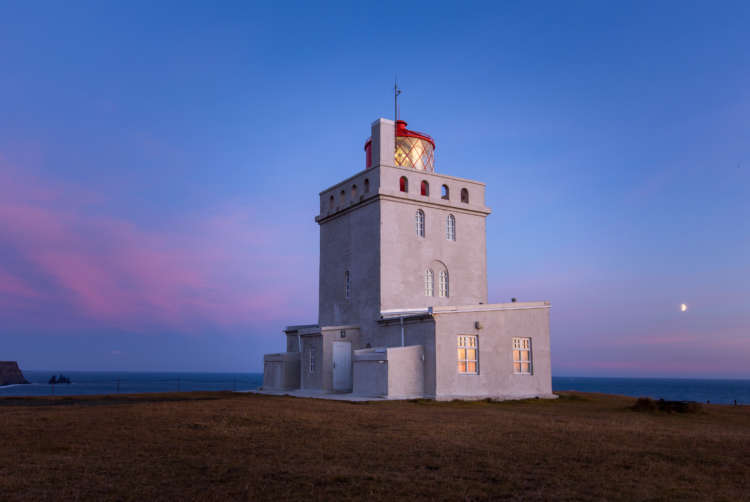 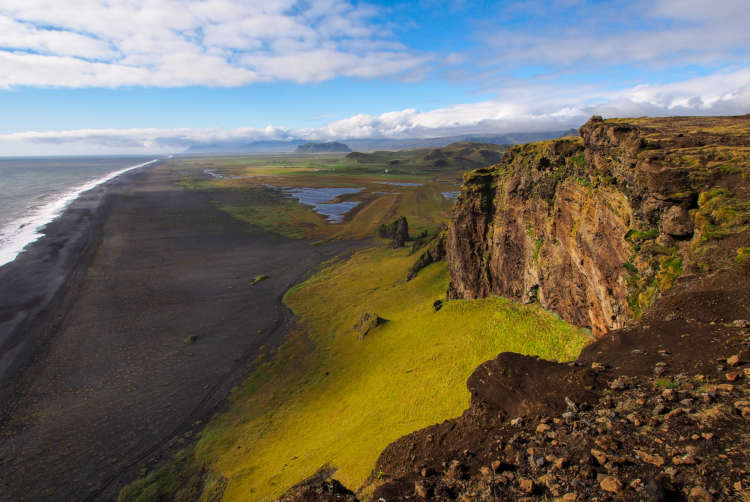 Whilst there is a very convenient café restaurant on the Reynisfjara beach with the basalt columns, the best restaurant in the area is the Suður Vík in Vík. Fresh meals are made with love and local ingredients. The restaurant is located in an old and charming house on the top of a hill with a lovely view of the ocean, town and surrounding mountains. 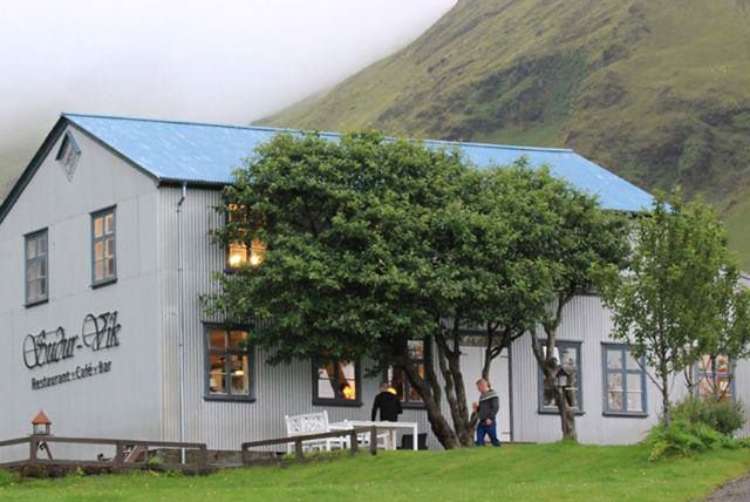 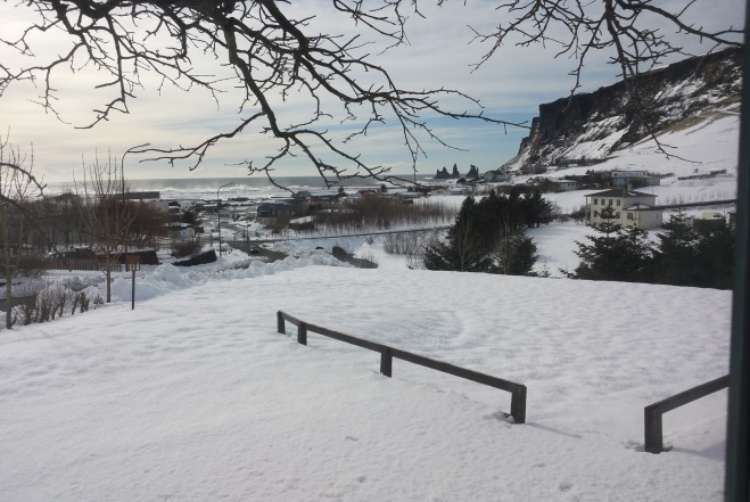 On this coastal route you will have great views of the sea which has even been known to freeze at the edges! We would recommend you visit Krysuvik (Road 42). These are bubbling mud pots.   It’s not a long stop but definitely worth seeing. 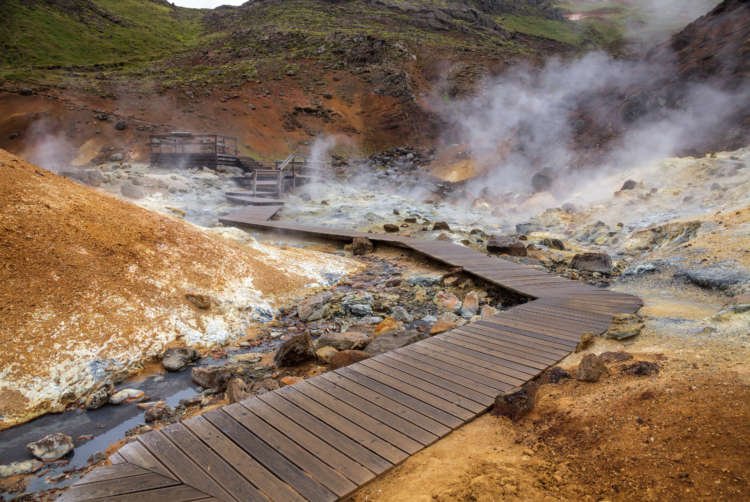 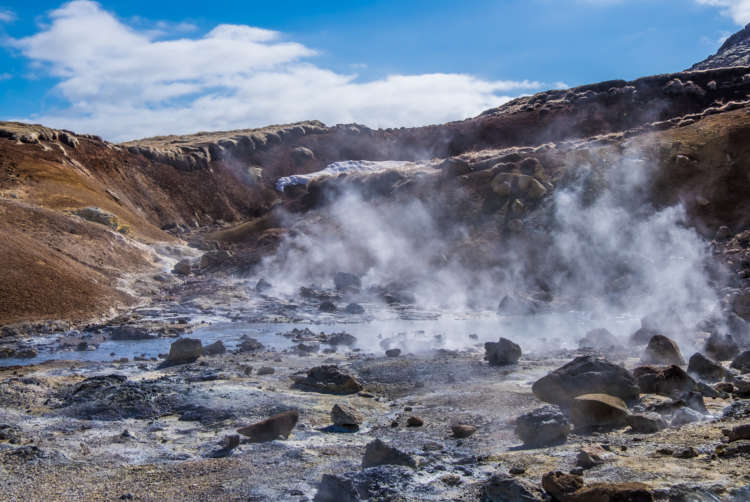 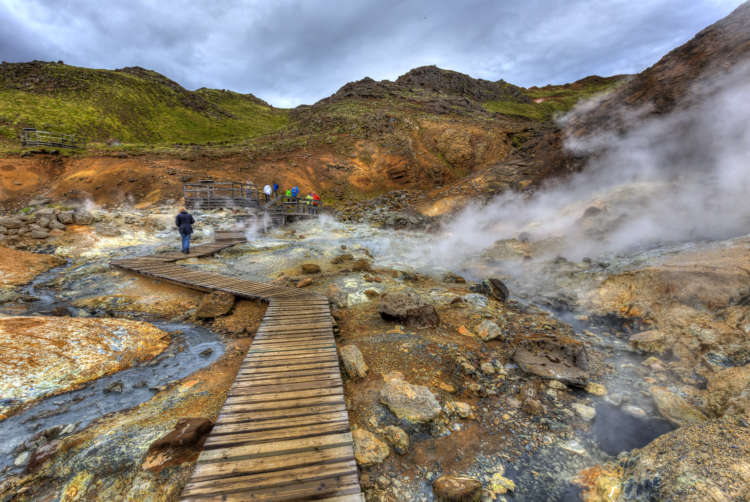 There is also another waterfall to see on the way on the route 302 which is just before Selfoss (Road 427).  It is a sort of mini Gulfoss so much quieter and it is claimed it is the most powerful in Iceland…therefore more powerful than Gulfoss.

Gunnuhver (Road 427 and 425)- close to Reykjanes lighthouse. The mud pools and steam from the boiling geothermal reservoir water condense and mix with surface water. The resulting gases such as carbon dioxide and hydrogen sulphide make the water acid, causing the fresh lava rock to change into clay 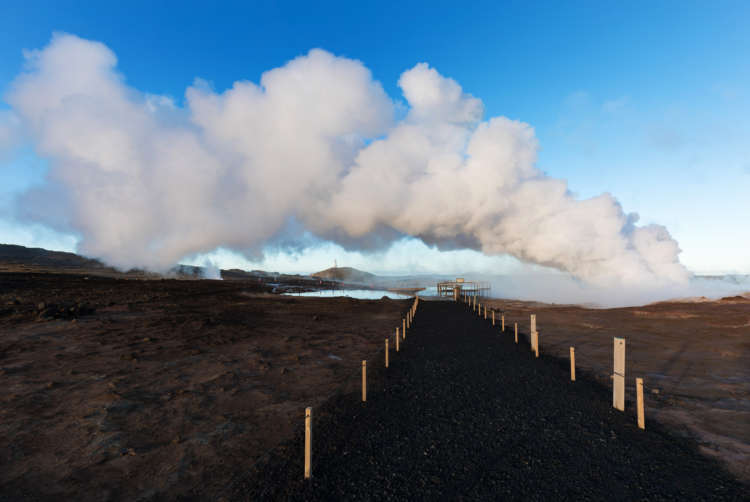 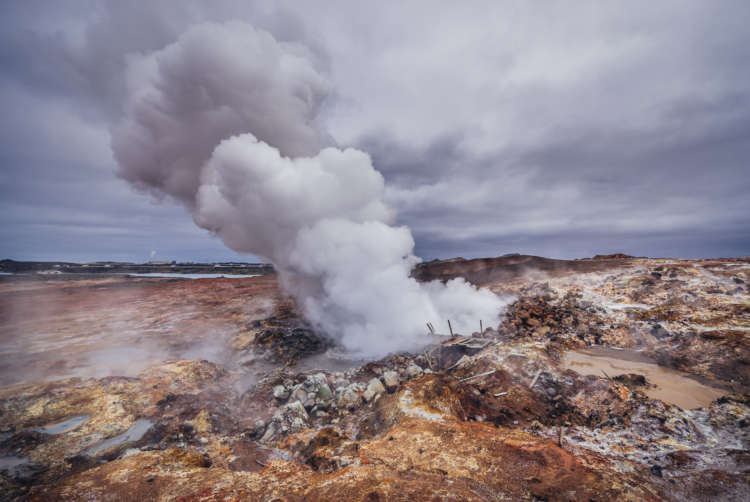