Why Stay at Hotel Ranga in Iceland?

Famous as *THE* hotel for Northern Lights sightings

Many people choose to stay at Hotel Ranga based on its reputation as one of the best places for Northern Lights Trips. Situated in a secluded part of the countryside with no interference from artificial light pollution, the hotel enjoys an above-average number of clear nights, which makes it ideal for seeing the Aurora Borealis. What’s more, the lights have been known to appear on consecutive nights, enabling guests to see them more than once during their stay.

Of course, there’s no predicting exactly when the lights will make an appearance, but the Hotel Ranga staff will do all they can to give guests the chance to see them, even if it’s 3am in the morning. It’s possible to book a ‘Northern Lights wake-up call’ and guests have been knownto marvel at the lights from the car park in their pyjamas! If the light showbegins during dinner, the staff will remove dishes and keep them warm until guests are seated again. 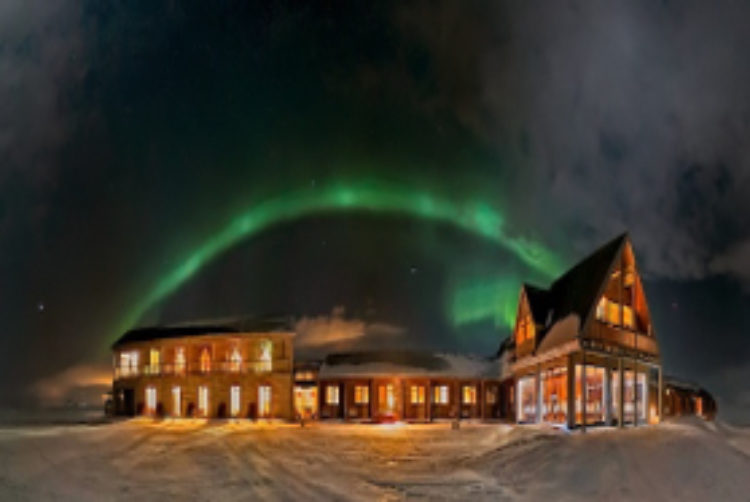 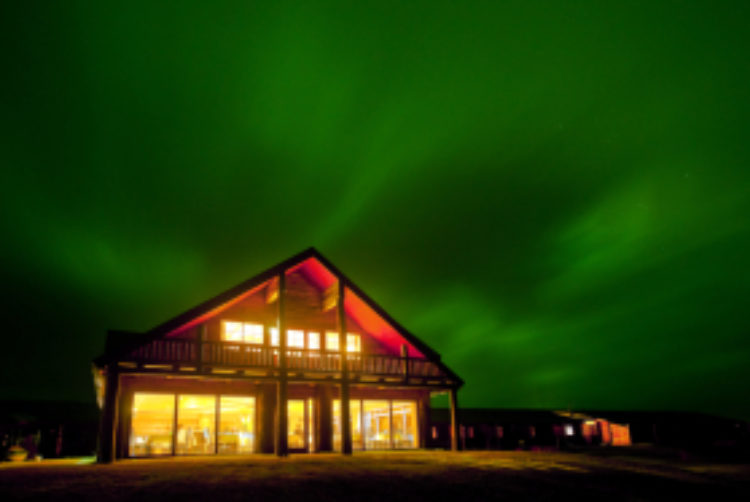 Arguably the best way to see the Aurora is from one of the three outdoor hot tubs with a glass of something bubbly to hand – relaxing in this breathtaking environment while the lights shimmer across the open sky is simple incredible.

There are 51 luxurious rooms available, ranging from standard up to the Royal Deluxe suite. All offer views of either the East Ranga River, Mount Hekla or the outdoor hot tubs. Each room is decorated and equipped to a high standard, with some of the suites boasting an indulgent jacuzzi bathtub while all include free WiFi, bathrobes and slippers. Several rooms have their own  back door which is perfect for quick Northern Lights sightings. 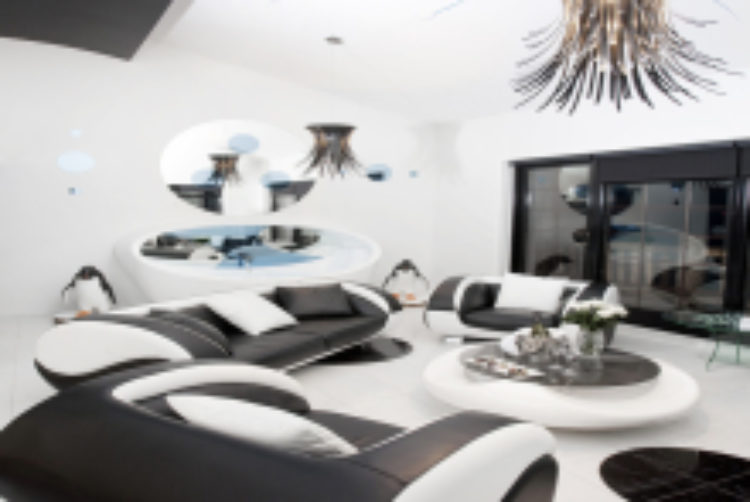 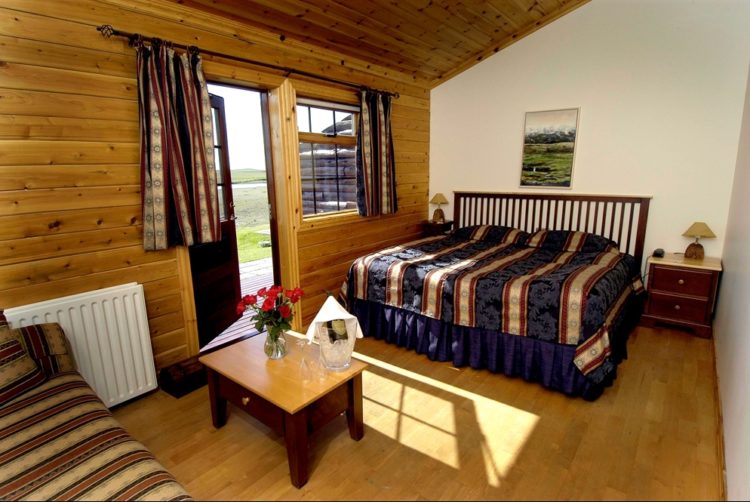 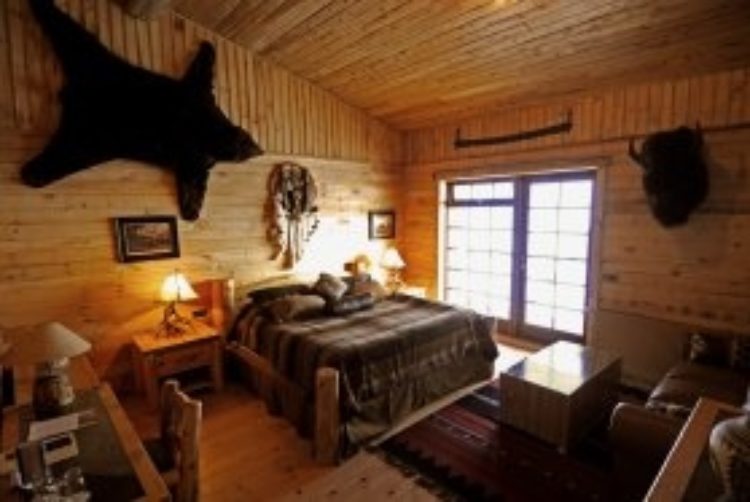 Offering what the hotel claims is ‘that little something extra for the discerning traveller’, guests can upgrade their room to one of the seven ‘one of a kind’ suites. Each has been modelled on the earth’s continents, decorated perfectly to represent Africa, America, Asia etc and delivering a truly unique stay.

When commenting on Hotel Ranga’s restaurant, one guest said the food was so good that “France could learn a thing or two and … that’s saying something as I’m half French”. So well-renowned is the gourmet restaurant that patrons will drive 1 1/2-2 hours from Reykjavik to dine there.

Under the chef’s ethos of ‘Farmer’s Market’, the primarily Nordic-inspired menu ‘with a Mediterranean twist’ uses as much local produce as possible. As such, guests are given the opportunity to sample foods they won’t see anywhere else: smoked puffin with beerbread crumble and reindeer carpaccio, for example.

The bar list has also been heavily praised by restaurant critics and guests alike, hailed for its extensive collection of drinks.

Another great benefit of staying at Hotel Ranga is that it’s situated close to the starting point of lots of outdoor activities. Those joining  tours in Reykjavik will effectively waste several hours of the trip on the road, heading towards the start point, but Ranga guests can get straight to the action – and what action there is!

A popular option is to take a SuperJeep tour of the stunning, ragged landscape, driving up over glaciers (for which the tyres must be deflated) in a specially adapted vehicle for a taste of ‘raw Iceland’. Another stop in the area is the mesmerising Seljalandsfoss waterfall, behind which guests can walk, gazing out through the falling curtain of water.

Alternatively, the jeeps can drive close to the crater atop Eyjafjallajokull Volcano (that which emitted the ash cloud in 2010). After seeing the crater and lava formations on foot, the tour offers incredible views of the Porsmork Valley and the Atlantic Ocean. A gentler trip involves actually driving deep into the Porsmork Valley, where the jeeps steer through glacial rivers and flood plains, showcasing the Thorsmork mountain ridge.

Those wishing for something a little more ‘high-octane’ might prefer a one-hour snowmobiling experience which takes place on the Myrdalsjokull glacier or hiking on the Seimajokull glacial tongue. The latter also offers the opportunity for some ice climbing, with crampons and ice axes provided.

Or what about a trip on horseback to the beaches of Vik, where the black volcanic sand provides a stunning contrast against the white snow? The photographic opportunities are great, not least in capturing the Icelandic horses upon which you will be riding.

No trip to Iceland would be complete without a visit to Reykjavik’s biggest attraction, the Blue Lagoon. The warm, geothermal waters are renowned for their revitalising health properties and it’s definitely an experience you won’t forget. With the capital 1 1/2- 2 hours from Ranga, it’s advisable that you make your Blue Lagoon visit either on the way to or from the airport (it’s only about 20 minutes away from International Keflavik airport), so as to maximise your time. 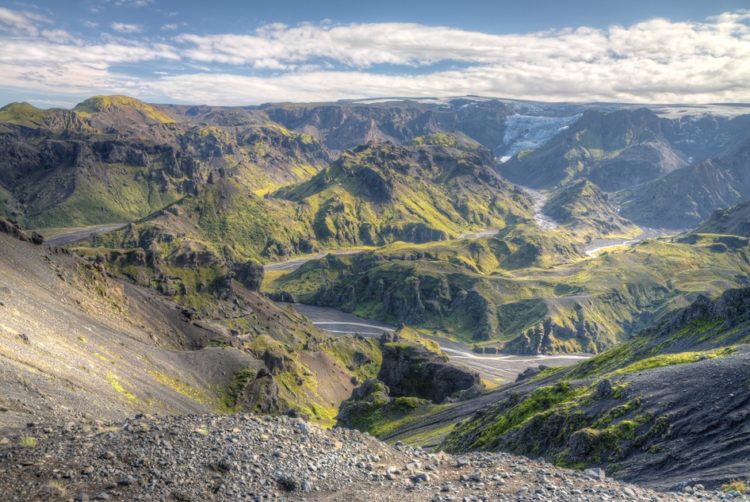 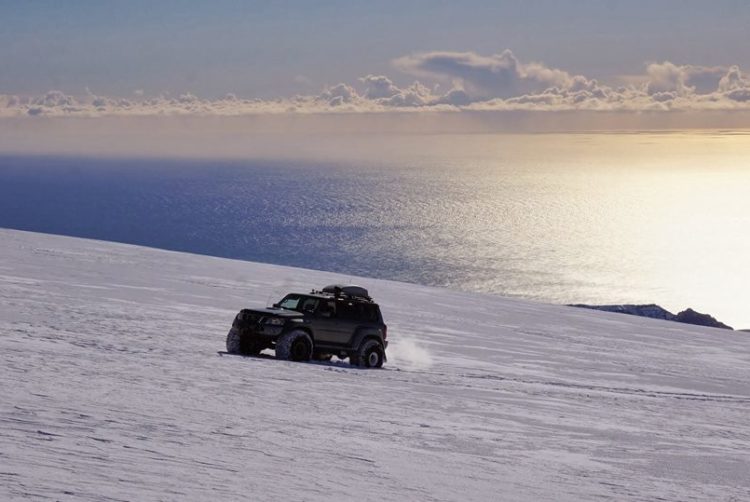 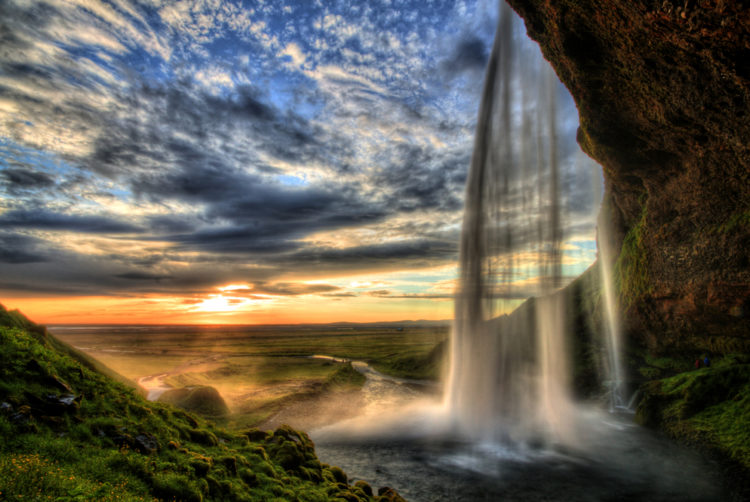 Ranga has won three awards at the International Hotel Awards inassociation with Bloomberg Television. It was awarded the prestigious title of ‘Best Resort Hotel in Europe 2011’ and subsequently named the ‘Best Resort Hotel in Iceland’. As if that wasn’t enough, it also won the outright ‘Best Hotel in Iceland 2011’ award – quite an achievement. It was also the first Icelandic hotel to become a member of the ‘Great Hotels of the World’ chain.

“We have stayed in some of the best hotels in the world and Hotel Ranga is up there with them,” said previous guest, Jane.

While the hotel offers an exhaustive array of excellent facilities, it might perhaps be for its customer service that Ranga was  recognised. Feedback provided by guests hail the staff for being “beyond welcoming: helpful, knowledgeable and keen to make certain that guests have the best stay possible.”

Ultimately, if you are looking for a different type of getaway but don’t want to compromise on quality , and want to see the Northern Lights, then Hotel Ranga is a great option.

For our most popular  Iceland Northern Lights Holiday we offer staying at Hotel Ranga.